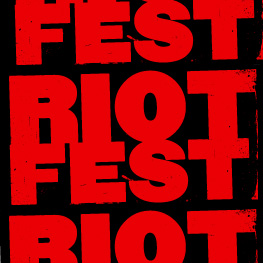 Chicago’s Riot Fest returns for its sixth installment with another formidable lineup headed by punk’s most elite. Oh, and Rivers Cuomo, too. Set to take over Chi-City’s various venues between October 5th and 9th, this year’s edition will be headlined by Weezer, Social Distortion, and the recently reunited Descendents.

Other notable acts include X, who will be performing their album Los Angeles in its entirety, Youth of Today, Suicide Machines, ALL (featuring Scott Reynolds, Chad Price and Dave Smalley), and Helmet. In addition, the festival plans to announce another headliner, which festival founder Mike Petryshyn says “deserves its very own separate announcement,” on Friday, June 24th at 9AM CDT. Update: It’s Danzig. The band will perform “a career spanning show featuring sets of Danzig, Samhain, and Misfits songs with none other than [former Misfits guitarist] Doyle Wolfgang von Frankenstein joining on guitar for the Misfits set.”