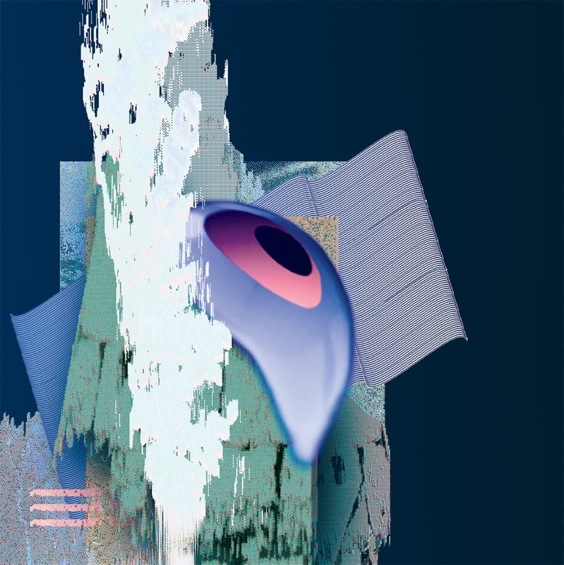 Laurel Halo is fairly new to the scene, but the Brooklyn-based electronic artist has been quite prolific in the past year. Back when production duo Ford & Lopatin were still known collectively as Games, Halo contributed her voice to last year’s irresistible “Strawberry Skies”, a gem that paid homage to 80’s synth pop while reinventing it. At the end of 2010, Halo released her first EP King Felix to blogger acclaim. The debut of Laurel Halo proved difficult to classify under a single genre or movement, never quite fitting in with chillwave or witch house labeling and showcased an otherworldly voice echoing through the outer-space atmosphere provided by her synths.

Less than a year after her first EP, Laurel Halo is back with Hour Logic. While King Felix showcased a voice that drew comparisons to Kate Bush, the latest from Halo is a mostly instrumental affair and darker in tone. If Hour Logic is a continuation of a journey through space, then cool, mechanical glitchy opener “Aquifer” is what would be found on the dance floors of a planet inhabited by robots. “Constant Index” stands out in that it offers a rare return of Halo’s vocals to the forefront. It’s unfortunate, because her reverbed voice soars more stratospherically than ever. Then again, Halo has enough tricks up her sleeve on Hour Logic to justify the surprising break from vocal duty.

“Head” and the EP’s title track are lengthy drifts through a variety of soundscapes ranging from chilly and desolate to smoothly sensual and even the occasional psychedelic moment. “Speed of Rain” is a brief, but ultimately forgettable meander through IDM territory. “Strength in Free Space” combines icy, choir-like chants with tension-building rhythms that never get release, closing the EP on a subtly ominous note. Will the next stop in the float through space be one of horror? Perhaps. Either way, if Laurel Halo continues the evolution as a genre-blending electronic artist evident on Hour Logic, then whatever comes next should be a gripping journey through the cosmos.