Check Out: Rodrigo y Gabriela – “The Pirate That Should Not Be” 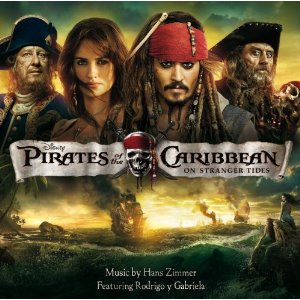 There’s absolutely no reason a fourth Pirates of the Caribbean movie should exist (even if Johnny Depp does want another vacation home somewhere). With Orlando Bloom gone and Penelope Cruz standing in as eye candy for Keira Knightley (in what Universe is that equal?!), there’s very little to gives us evidence that the film will be worth the material it’s shot on. But if there is one ray of goodness to come out of Jerry Bruckheimer’s fiendish love of over-wrought action scenes, it’s a musical offering from Rodrigo y Gabriela that appears on the film’s official soundtrack.

“The Pirate That Should Not Be”, which you can stream right now at KCRW, is one of five songs (three of which are originals) by the duo that appear on the OST. While the pair have no prior soundtrack appearance, their first outing saw them write the three new cuts with legendary composer Hans Zimmer, who helmed the rest of the movie’s score. The trio’s collaboration has merited at least one creation that is more interesting than the film itself, a dark, folkorico-inspired number that sounds like a jungle cat running through the woods before taking flight on the sounds of an orchestral upswing.

Check out the entire tracklist below. The soundtrack drops May 17th, while the film hits theaters on May 20th.