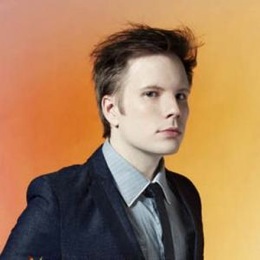 Patrick Stump’s inclusion on the 2011 Lollapalooza lineup elicited a fairly unanimous response of “um, what?” Hailing from emo-kings Fall Out Boy just comes with that kind of baggage, but Stump is doing his best to plead his case as a solo act, and he’s making quite an intriguing one at that.

Furthering his argument is the charged up “Explode”, the latest tease of his late-summer release Soul Punk. Loaded with electronics, the track hits you with those Jackson-esque pipes atop a bombardment of synthesized sounds. Lyrics like “he was a living, breathing action screen-play cliché” and “if I’m never your hero, I can never let you down” tell the story of a modern man so fed up with the state of things that he’s willing to, well, explode, and take it all with him.

Is it going to be everyone’s cup of tea? Probably not. Will it make some second-guess skipping his Lolla set? Just maybe. Check it out below, thanks to Some Kind of Awesome, and decide for yourself.