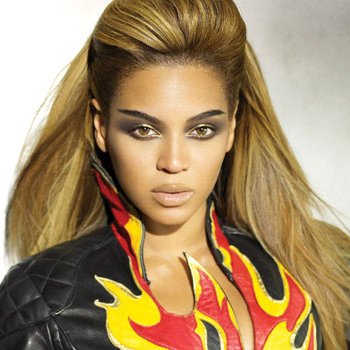 As evidenced by the first song from her upcoming album, Beyoncé is as fierce and confident as ever. So much so that the lioness of pop/R&B has shrugged off Googlability and decided to call the album 4. Now that takes some lady cajones, yo!

Despite the simplistic title, it does actually have meaning beyond this being her fourth solo LP. “We all have special numbers in our lives, and 4 is that for me,” she told Billboard. “It’s the day I was born. My mother’s birthday, and a lot of my friends’ birthdays, are on the fourth; April 4 is my wedding date.”

While there’s no word yet on a definitive release date (though it could be as early as June), the album’s rumored list of collaborators and producers is already reason enough to be excited. Along with production from Switch on the album’s lead single, the rumor mill was recently abuzz with talk of Sleigh Bells’ Derek E. Miller making a guest spot. Other rumored songwriters/producers include Jim Jonsin, Ne-Yo, The-Dream, and Frank Ocean (the OFWGKTA member, who wrote on his blog, “[Beyoncé’s] singing my songs. If time were to stop right now, the past couple weeks would be near the top of the highlight reel for my short time on earth.”)

Beyoncé has also been getting in touch with the work of Afrobeat legend Fela Kuti, who inspired the singer-actress to open up creatively. “I recorded more than 60 songs: everything I ever wanted to try, I just did it. I started off being inspired by Fela Kuti,” Beyonce told Billboard. “I actually worked with the band from “Fela!” [the hit Broadway musical based on his life] for a couple of days…what I learned most from Fela was artistic freedom: he just felt the spirit.” Other sources of inspiration include Adele, Earth, Wind & Fire, Teena Marie, Florence and the Machine, and DeBarge

Meanwhile, Beyoncé will release the video for “Run the World (Girls)” on Friday at 12:01 a.m. EDT.

Moral of the story? There’s no time to give her hubby a haircut.