The Creators Project to leave footprints all over Coachella 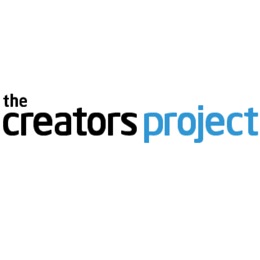 Ever since the lineup announcement back in January, there has been a note at the bottom of the Coachella poster about the California fest’s partnership with The Creators Project. We’d venture that most Coachella attendees still don’t know what The Creators Project is, and no one knows exactly what’s happening next weekend. That’s no accident — some of it is intentionally kept secret; however, the people at TCP have let some exciting info out.

In a partnership between Vice and Intel, The Creators Project combines art and technology to create next-level experiences, all in a multimillion-dollar studio called…wait for it…The Studio. For this year’s inclusion, The Studio is working with Arcade Fire, Animal Collective, Interpol, and possibly others on each of their respective Coachella sets. What’s the goal? As they explain, “to transform their sets into dramatic multimedia visual experiences.” For now, Arcade Fire and Interpol are remaining tight-lipped about their showcases; the former letting out little more than that Chris Milk (“The Wilderness Downtown”) is involved and that it’s called “Summer into Dust”, and the latter revealing only that it has created a work called “Under Surveillance”. Animal Collective, however, has laid its plans out on the table for all to see. For their set, the band has enlisted none other than Brooklyn experimental group Black Dice to put together a video collage, as well as edit and mix their live set in real time; in other words, get ready for some high-quality jumbotron — err, “Jumbletron” — madness.

That ain’t all, either. The U.K.’s United Visual Artists have revamped the Coachella Stage, so much so that the more intoxicated members of the audience might find themselves confused upon repeat visits. The stage “unfolds and evolves over the three days of the festival,” according to The Creators Project, “all the while projecting intricate and beautiful lighting effects, with the help of the latest Intel technology.” Just try to imagine Kanye West performing to the backdrop of a fully functional Optimus Prime replica – with lasers, too. Who says your wildest dreams can’t come true?

There’s also something unique for the Sahara junkies, too. The festival’s popular dance tent will receive a makeover from architect/artist Muti Randolph. Randolph will craft the new Sahara in the mold of his SÃ£o Paulo club D-Edge. This includes an enormous light installation and perhaps an even more impressive visual experience – at least compared to what the Sahara crowd has seen in past years.

Lastly, as you may have heard, Spiritualized and director Jonathan Glazer are putting together what may be the most ambitious work: a “physical manifestation of the song ‘Ladies and Gentlemen, We Are Floating in Space’.” In this exhibit, there will be an interactive cathedral-esque installation featuring “isolated pools of light…each containing a different component of the original track.” Well, if that isn’t bizarre…

Beyond these major draws, The Creators Project will also have its own tent featuring more interactive works from around the world, according to Coachella’s website.

For those of you who aren’t going, you can start kicking yourself if you haven’t already.