The Wombats – This Modern Glitch 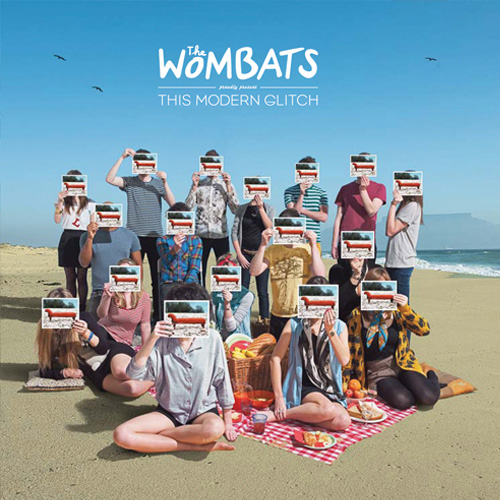 As a lonely child, I recall several occasions where I took a jumbo-sized Pixy Stix, cracked it in two, and shook every morsel of dextrose into my tiny mouth. I did this, mind you, knowing full well that at the bottom of this sugar high would be more of life’s trivialities and a stomach ache. And from listening to their new album This Modern Glitch, I can tell the lads of The Wombats had a similar childhood.

Their sophomore LP is every bit the indie dance rock follow-up they could have ever hoped to make. Taking their trademark wit, self-deprecation, teen angst, and pop culture fanboy-ism, This Modern Glitch is heavy on the sweet sounds of synth and a ton of nerdy boyish ache. Don’t, however, let that awkwardness skew the fact they’re mature, dedicated songwriters.

Album standout “Tokyo (Vampires and Wolves)” is the throwback jam dressed to the nines with plenty of dance floor hormones and bass; its message of celebrating the blissful ignorance of self-destruction adds a sheen of darkness and depth to a song referencing mythical monsters. “Jump Into The Fog” accomplishes the same feat, making the horrifying task of facing life’s uncertainties feel as big and anthemic as it should without losing the intimacy of being scared shitless.

The rest of the LP is backed up by equally impacting selections. From cheesy wordplay in “Anti-D (“Please allow me to be your anti-depressant/I too am prescribed as freely as any decongestant”) that amazingly works to accepting the wonders of maturing enough to like techno (“Techno Fan”) and accepting your mortality without actually being less of a cock (“Last Night I Dreamt…”),  and even reminiscing about 1996 (God, does that feel like forever ago..) in the eponymous song , the album so wonderfully sums up the existences of the 20-somethings of planet Earth. The effort’s as sweet as any candy and just as jarring as inhaling 11 inches of the stuff in one sitting.