Bowling for Soup – Fishin’ For Woos 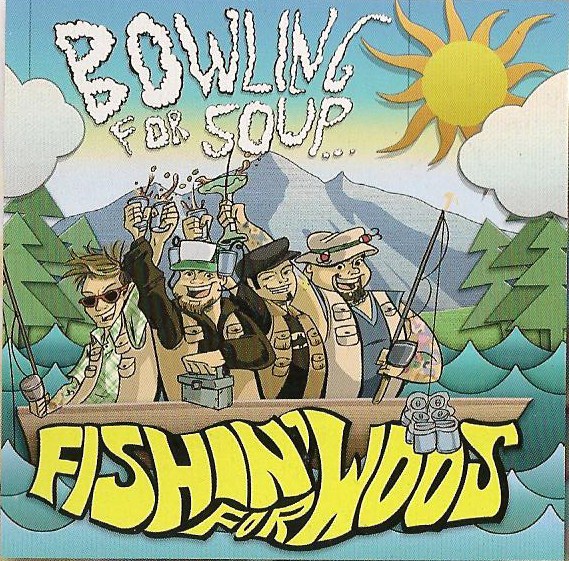 Back in 2002, Bowling For Soup was witty, catchy, and likable. In 2004, with the hit “1985”, they broke through and still retained its catchy sensibilities. Here we are in 2011, and the band and their sound has not changed in the least. The only problem is that the music that they made years ago does not have the same appeal today.

Fishin’ For Woos, the surprising 11th studio album from the band, lacks just about everything a record needs to be taken seriously. Granted, this band has never been one to take on serious matters or stretch their musical wings. They have a niche, singing lyrics about issues people can relate to, complete with funny Family Guy-style cutaway references. Again they’re discussing weekends, office jobs, girls, and parties, with the only changes being some new obscure references that someone will find adorable

The first official single, “S-S-S-Saturday”, is a desperate attempt at another dose of radio glory. They talk about waiting for the weekend and hating Mondays at work, yet every day of their lives is a weekend. Sure, people can relate to it, but it sounds so fake coming from these guys again and again. You can throw this one right next to Rebecca Black’s “Friday” and await a Christian rock band to tell us the glories of Sunday (Five Iron Frenzy?), and the whole weekend will be covered, poorly.

“Turbulence”, the album’s acoustic ballad, is passable, if only because it shows a little bit of maturity. The most impressive song on the album could be the closing track, “Graduation Trip”. It’s not anything you haven’t heard before, and a large portion of the enjoyment comes from knowing the disc is almost over.

There is nothing here to keep the casual fan listening. New fans? Doubtful. But, you never know, a few new fans might sprout up, as the band seems geared towards high school hijinks. You know the drill: Years tick by, the band keeps getting older, but the kids stay the same age. Not surprisingly, that could be what gives this band its longevity in the future. Yikes.