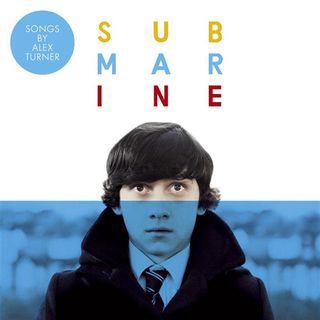 Every good rock and roll band is capable of pushing the limits toward polar extremities. This was especially true during the golden age of classic rock. Zeppelin moved from the shakiest of harsh on “Whole Lotta Love” to the soft beauty of “Going to California”. The Beatles were capable of both the blisters-on-my-fingers “Helter Skelter” and the spacey, simple “Across the Universe”. Floyd ranged from the grating “Time” to the eerie, dissonant “Hey You”. The necessity for a band to be able to melt your face one second and make you weep the next was something that made a band great. It’s a theme rock has followed over the years (Nirvana’s “Smells Like Teen Spirit” and “Something in the Way”, for example), but it’s one that has seemed to diminish over time. The necessity is no longer a necessity. It has become more of a bonus.

That isn’t to say that it’s a dead art. There are plenty of bands today that’ll attack you from both icecaps of sound, most notably Arctic Monkeys. The Alex Turner-led Sheffield outfit has been turning out a slick combination of the two sonic styles since they dropped their massively successful debut, Whatever They Say I Am, That’s What I’m Not. The world saw two sides of the scrappy garage rock band who had obviously taken a lesson from the greats. The juxtaposition of lead single “I Bet You Look Good on the Dancefloor” and unsung hero “Riot Van” was like night and day and had much to do with Turner’s versatile songwriting.

The sweet- faced lead singer might fool you with the innocent look in his eyes, but there’s a well of devious creativity hidden behind them. What makes Turner special (other than his thrillingly thick Sheffield accent) is that he has matured in all the right ways since his band’s initial success. He’s developed into not only one of the best frontmen in indie rock but far and away one of the best lyricists in contemporary music (see: “Cornerstone”). The way he wittily broods over failed love and its many pitfalls is reminiscent of Morrissey at his very finest.

Enter the soundtrack to UK film Submarine. Turner signed on to take the job of soundtracking for the film as a favor to longtime Arctic Monkeys video director Richard Ayoade. The director’s first feature film has screened at several film festivals, including the CoS-covered Sundance Film Festival, where it has received shining praise for multiple facets, one of them being its soundtrack (which, fun fact, was mixed by Simian Mobile Disco’s James Ford).

Alex Turner takes only to the acoustic guitar on this endeavor, and it’s a well-rewarded, dynamic change. It’s a side of Turner that we don’t usually get to see through his usual Arctic Monkeys /Last Shadow Puppets output. Everyone knows he can shred when he has to (“Brianstorm”), but, perhaps surprisingly, his balladry is second to none. From the quiet, serene “Hiding Tonight” to album clincher “Stuck on the Puzzle”, his dreamy pop vocals accompanied by mellow acoustic guitar lead you through a journey that’s too sweet to notice its relative brevity. Since it is only a six-track collection, it’d be easy to turn your nose at it, but this is as good as any work he’s done, however different it may be.

Finger-picking his way through “It’s Hard to Get Around the Wind”, it’s easily seen why this man has succeeded as both a vocalist and a lyricist. Turner sings insightfully, “But as long as you still keep peppering the pill/You’ll find a way to spit it out again/And even when you know the way it’s gonna blow/It’s hard to get around the wind.” As he croons the words at you, it’s difficult to know what to do: suck in the lovely melody or focus on the vivid imagery? It’s a wonderful pickle to be caught in and one that remains a pleasant problem for the remainder of the short album.

This effort places Turner next to the greats in terms of knowing more than just one speed of musicianship. The Submarine is a perfect example of just how to pull off this feat. It’s a fine piece of work in its own right. At the very least, this should tide you over until June when Arctic Monkeys drop their fourth LP, Suck It and See.