Le Tigre tour documentary to premiere at South By Southwest 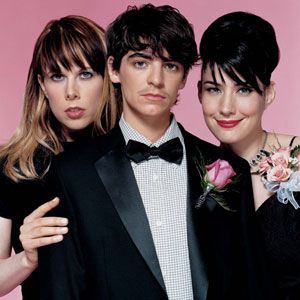 The long-awaited documentary chronicling influential DIY outfit Le Tigre‘s 2004 world tour is finally here. Who Took The Bomp?: Le Tigre On Tour, which documents the electropunk trio as they traveled across the globe in support of their third studio album, The Island, is set to premiere at the South By Southwest Festival in Austin, TX on March 17th and 19th, with an additional screening at New York City’s Museum of Modern Art on April 4th.

Fans interested in getting their hands on a copy of the documentary will be able to do so thanks to the husband of Le Tigre’s Kathleen Hanna, aka as Beastie Boys’ Adam Horovitz, and his Oscilloscope Laboratories imprint. Slated for release on June 7th, the DVD also includes such goodies as band commentary, rare performances, outtakes, and interviews. Head on over to the Oscilloscope webstore to pre-order a copy.