Today on Cluster 1: The Most, Freeebird, James Vincent McMorrow, Colourmusic, and more! (2/25) 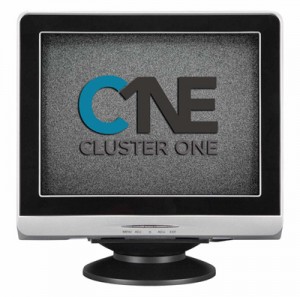 –The Most: Mostified Rockumentary Part 1:

This is the first of two parts to a documentary following the obscure band The Most, a band who hailed from Gainesville, FL and made a splash in music with their 2006 effort, Mostified. This short details how a group of three scientists, all of whom make up the band, trained a mysterious Bear Boy with a golden voice, and turned from science to rock and roll. Be sure to check out the second part soon, and if you like The Most, be sure to peep frontman Charlie Honderick’s new band, The Hamptons.

-Freeebird! Episode #39 and #40: An Afternoon with Kid Koala

Join bleubird on his newest adventure, which is pretty in-depth. This week, we join the traveling guru in a two-part episode as he delves into Kid Koalas workshop and creative lifestyle. It proves Kid Koala takes DJing to a whole other level, and even shows off his short stop-motion film about a mosquito trying to learn clarinet. Kid Koala took some time out his day to show me around his house/studio and talk about some of his latest projects, bleubird goes on to say, He is definitely my mom’s favorite DJ, and one of the most creative and energetic people I have ever had the pleasure of meeting.

-Check out the alluring song The Old Dark Machine, off songwriter James Vincent McMorrow, coming from his new debut album, Early in the Morning, due out on March 7th. Concerning the video, McMorrow says, “The idea for the video was really simple: create something dreamy and beautiful to fit the song as it moved along. I didn’t want anything narrative. It was more about abstract imagery.”

-A Cluster 1 Premiere! Sarah Jaffe showcases her beautiful voice in the video for All That Time, which surrounds the singer with some beautiful and tranquil imagery. The track comes off Jaffes new EP, The Way Sound Leaves a Room. Recently, she shed a bit of light on how the song came to fruition: This is what happens with a cheap bass, an even cheaper drum set, some time on the road, too much time by myself, and bad ass neighbors that let me struggle on garage band for hours at a time.

-Voxhaul Broadcast brings you their video for Rotten Apples, which depicts getting rad on an enchanted pony, and suddenly being hurtled to the old west.

– The Wildbirds bring you their new track from their live house party-turned-EP, which is a cut of the song, If Youre in Trouble. The band has released a number of other cuts from the show (see below), and will continue releasing them semi-weekly for the time being, so stay tuned for more. Previous tracks from the When Im With My Friends films: