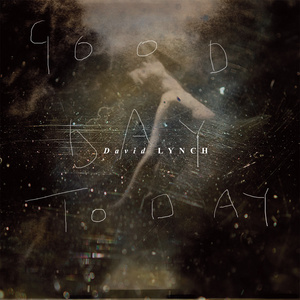 David Lynch is the kind of artist who could sit on a stool looking straight ahead, and it’d still be impossible not to pay attention to him. Whether it’s TV (the all but perfect Twin Peaks), film (the terrifyingly captivating Lost Highway), or his frank, insular art, Lynch is a consummate artist, which is to say eccentric, intense, capable of both stunning vision and the undertaking of same. Now, in his mid-60s, more than 30 years after the release of his first feature film (Eraserhead), Lynch has decided to step solidly into the world of music, releasing his first musical output as a solo artist.

Lynch fans will object, noting that he has been involved in music in the past. He composed music for a few of his film projects, wrote lyrics for Julee Cruise (whose ethereal presence in Twin Peaks is quite memorable), put out a rock record with John Neff, and contributed vocals to the title track of Dark Night of the Soul (by Sparklehorse and Danger Mouse). But all that said, this is Lynch’s first solo output, and it’s definitely quite different from the rest of those releases. Here, Lynch relies on electronics, samples, and affected vocals in an attempt to create the same emotional pull his visual work has.

The EP can be easily divided into two separate spheres: the Lynch originals and the remixes. The originals come first and demand the most attention, if only for the oddball director’s specter standing singularly over them. Before the music made its first appearance, he told The Guardian that he “loves electricity, so it sort of stands to reason that I would like electronics,” which might sound sarcastic or tongue-in-cheek or what-have-you, but here it just seems to make sense, this concurrence of surreal and straightforward. “Good Day Today” embraces that combination; the more or less straightforward electronic pop music is combined with bleak lyrics and sampled gunfire. Lynch’s heavily treated, almost auto-tuned vocals can’t help but sound like FBI Bureau Chief Gordon Cole stuck in the Black Lodge, lines like “So tired of fire, so tired of smoke” and the chorus of “Send me an angel, save me” that much more dismal in their roboticized, inhuman state. That said, the bangin’ clubbiness of the beat keeps things from being a mope-fest. The other single, “I Know”, is a terrifying and yet also somehow sensual, smooth, creepy, sexy blues jam. The stomping drums, churning guitar, Rhodes licks, and synth bass all hold together traditionally under a yowling, higher-pitched vocal, everything coming together vaguely reminiscent of Tom Waits.

The remixes are a bit hit and miss. As for the “Good Day Today” remixes, the Underworld version removes any creep factor, replacing Lynch’s vocals altogether; the Boys Noize version ups the weird sound effects, and the diskJokke version is expansive and not overly connected to the original, but a fun jam altogether. Of the “I Know” remixes, the Jon Hopkins version is the best, adding expansive whoomps, a pressing bass, and vocal echoes. The Sasha remix turns the song into an eight-minute epic, the Skream one a long percussive experiment and the Ratcliffe a rave-y upswing.

Despite the fact that the set is dominated by remixes (8 to 2), the real message here is that David Lynch has arrived as a solo musical force. The two originals are clearly the stars with the remixes added to fill things out, hopefully only until he can come up with eight more originals. Who knows when or if that’ll happen, but here’s hoping it does. The two singles are good enough to merit some more experimentation.