Steven Drozd – The Heart is a Drum Machine 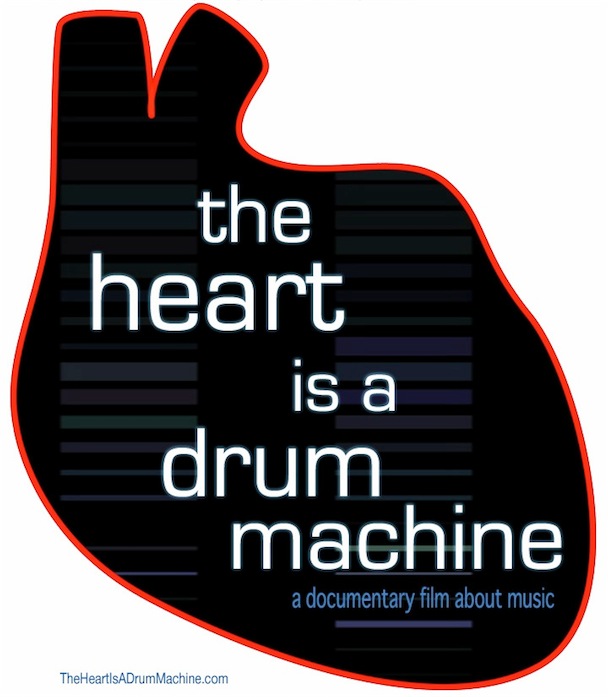 Released in 2009, The Heart is a Drum Machine was a documentary by director Christopher Pomerenke that explored the transformative nature of music and the intense relationships we hold with it. Various artists such as Wayne Coyne and Maynard James Keenan were featured in the film, along with music executives and scientists, as they explored the very chemistry of sound through experiments, theories, and anecdotes. Despite the heavy, brain-teasing material, the film was a lighthearted trip and was helped along by The Flaming Lips’ Steven Drozd‘s synthetic and space-agey soundtrack.

It’s often difficult to review soundtracks when the music is taken away from the source, but The Heart is a Drum Machine manages to stand alone. Drozd’s score is unmistakably influenced by his work with The Flaming Lips: It is dramatic, psychedelic, and vaguely melancholy, interspersed with the little noises and sonic manipulations that the band is known for.

The soundtrack opens with the heartbeat-backed “Born”, a sweet, joyous tune that builds into a warming explosion of humming harmonies and takes us through various electronic hills and valleys as the album continues on. Sometimes there are offbeat snippets of quirky, new age melodies; sometimes there are harder songs such as “Quaalude Youth”, with fuzzy guitar riffs that hark back to a time when the youth was popping those ’70s drugs; and sometimes the music is purely a cinematic experience, such as the moody, reaching “Bad Moon Rising/Dimensionless”, which brings our senses on a rolling ride even without the visuals in front of us.

The lone vocal track on the album is a cover of Elton John’s “Rocket Man”, performed by Tool’s Maynard James Keenan. It’s an emotional spin on the original, with Keenan’s delicate and unmistakable voice taking the song to new heights, soaring along with the steadying beeps of a vital signs monitor, coupled with lonely sounds and spacey effects. It’s the perfect lead into “Requiem for a Dying Star/Ode to a Twinkling New One”, where the monitor beeps continue with slow and dreamy soundscape that dramatically morphs into a frantic video game version of “Twinkle Twinkle Little Star”.

After the elegant piano song “The Great Pleasures (dedicated to James)” with its jazzy drumming and “From Forlorn Frequencies”, a short soundbite that recalls memories of retro arcade games, the album ends with “Flowing Home”, an effective, meditative closer thats fitting for such an inquiring film.

A lot of the album does sound the same, but that’s typical of a soundtrack whose purpose is to tie in a theme and have a high level of continuity. I think it’s safe to say that any Flaming Lips fans out there will probably find themselves drawn to The Heart is a Drum Machine, but it also works for anyone wanting a chilled-out and introspective soundtrack to help them figure out the mysteries of music, life, and the universe.