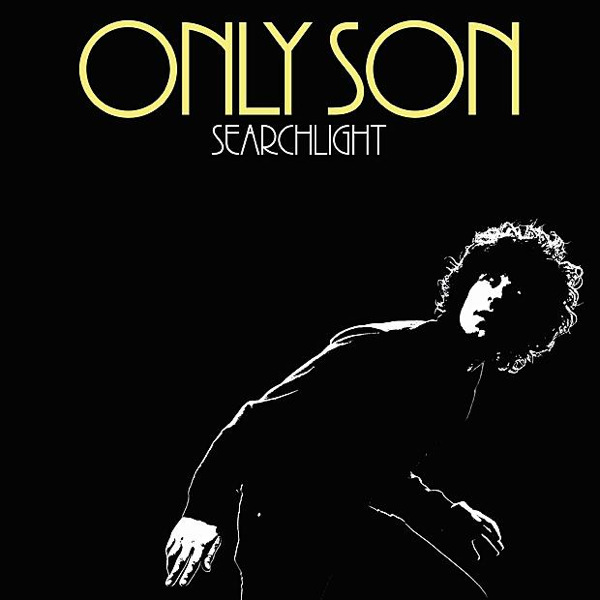 Jack Dishel spent a solid portion of his young adulthood “in a miniskirt and tiara,” touring the world as lead guitarist for The Moldy Peaches. Following their disbanding, Dishel kept up the open-mindedness and ridiculous antics, only, instead of questionable attire, he incorporated them into a fleshed out solo project, Only Son – pop that will try literally anything once. Only Son’s first album won Dishel two years of expansive touring, including dates with Regina Spektor. The second, Searchlight, not only features a duet with Ms. Spektor, but guest appearances from members of The Strokes and of Montreal, as well as adventures in an eclectic combination of genres, culminating in an albeit immensely enjoyable, but far too random album that is held together solely by Dishel’s sugary, boyish voice.

Soaring vocals, cascading scales, and subtle cello and violin arrangements start the album off strongly on “Magic”. The intricate instrumentation quickly swells to a whimsical array of “Eleanor Rigby”-esque strings and Dishel chiming in on wise one-liners such as “Magic, it’s magic ’til you know how it works.” Satisfied with his pop experience, “Searchlight” blends rootsy guitars with later psychedelic distortion. “It’s a Boy” channels Elliott Smith, with chilling vocal harmonies. The patternless collection continues in this manner, each song coming as a complete surprise.

Continuity is generally a characteristic artists strive for. Dishel must have missed the day that vocabulary word was taught in middle school. “Stamp Your Name on It” is his try at punk-infused pop, complete with rapid guitar and pounding percussion. The line “stamp your name on it” is repeated countless times, which is ironic because it’s impossible to brand something as haphazard and disparate as Dishel’s sound on this record. “All is Holy” is worth mentioning, if only for the fact that the opening lyric is “This song is called ‘All is Holy’ because I want it to be true.” Add reflexivity to Dishel’s list of endeavors.

Not surprisingly, the song co-written and performed with Regina Spektor is one of Searchlight‘s strongest. Delicate harmonies and an ominous string arrangement combine for a haunting melody, best epitomized in the line “Frame the halves and call them a whole,” demonstrating an irreconcilable frustration with dysfunction. Another high point is the second to last song, “Pop the Reigns”. A group affair, danceable beats and gang vocals literally invite (shouting, “Come on!”) the audience to sing and dance along.

Searchlight is an all too appropriate name for the album. Dishel indiscriminately hops from intricate string arrangements and mournful horns to nostalgic blues and psychedelia to sugary pop and everything in between. His smooth, high voice is the only constant as he searches for a sound of his own. His unusual combinations of inspirations include the likes of Motley Crue and Elliott Smith alongside Built to Spill, which is very apparent in this scatterbrained collection of songs. Although variety is encouraged, Searchlight takes it to an excess; if the listener really enjoys one song, chances are there’s nothing else like it on the album or in his catalog. On the bright side, though, if you’ve got to have a little something for everybody and an undeniably adorable voice, it’s awfully difficult to make enemies.