The Ghost of a Sabertooth Tiger – Acoustic Sessions 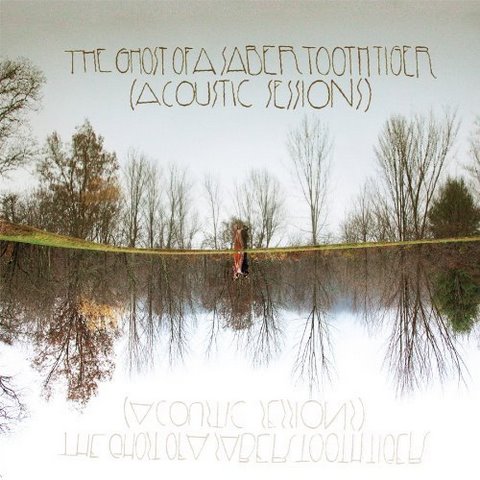 I’m not sure which band name seems more metal: The Ghost of a Saber Tooth Tiger, or the acronym GOASTT. In either case, the real story couldn’t be farther from the truth. That moniker is actually attached to Sean Lennon, the son of the legendary John Lennon, and his model girlfriend, Charlotte Kemp Muhl. And, judging from the title of this new release alone, it’s pretty clear that this ain’t Mastodon. The specter of John hangs in the background (which, sadly, is inevitable for such progeny), but Lennon the younger seems to embrace aspects of his father’s influence, rather than push them away. In fact, from the first chorus of opening track “Lavender Road”, it’s clear that Lennon is ultimately aware of the comparisons that will come. “Heroes and ghosts sit in the front row,” he and Muhl croon, the welcoming introduction to the disc.

The instrumentation on that track just as clearly shows off Lennon’s talents. The two-part vocal harmonies link together with the sweet acoustic guitar and occasional twinkling bell. Then there’s the wordless, choir-like backing vocals that further mellow the already coffee-house-chilled mix. The whole thing comes together like an even cuter She & Him, which, in the wrong mood, is exactly as overbearing as that sounds. The lyrics do have a depth to them, though, despite what that description might seem.

“Jardin du Luxembourg” follows, just as heavily into creating a scene, or a mood. An accordion ambles out a sort of Godfather-y tune leading to brief mentions of European settings. Lines “All the skeletons in your closet are rummaging through your clothes” keep the idea of the past ever-present, a theme throughout the disc, but lines like “People say your brain is like cream cheese” (and the accompanying swooning “cheeeeeese” backing vocal) bring something…else to the song. The lilting harmonies that repeat throughout the effort can be a bit much, but as long as they’re not attached to ludicrous lines like that, they’re sweet on their own.

If all that doesn’t sound saccharine enough for you, how about “Candy Necklace”? The Western, plucked guitar lead backgrounds Muhl’s first turn at lead vocals in the collection. The song’s a bit cold, melodically, with lyrics about melting ice and a face that “tics like a pocket watch,” but everything’s too damn pretty to take the emotion very seriously. Which is, unfortunately, a recurring problem here. The happier songs are easier to believe, but the attempts at darkness, at pain, don’t sound as sincere. Instead, the warbling, a-melodic noises added to the end of the track come off fruitless.

The philosophical mentions in “Rainbows In Gasoline” and “Schroedinger’s Cat” come across less thoughtful than heady. The lithe, lilting “Robot Boy” and the swinging two-step of “Song For James” are nice, but that’s not always a compliment. Everything’s just too sweet, too pretty, too perfect, too controlled. There are too many coos, too many “aah aaahs.” Altogether, Acoustic Sessions just lacks a lot of emotional depth, ditching conflict and challenge for sap. Shame.