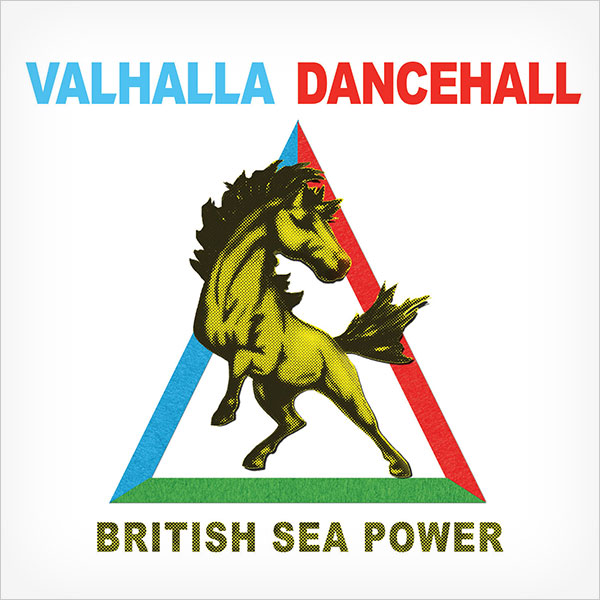 Is it unfair to fault a band for not consistently reinventing themselves? Probably. After all, if everyone is Radiohead, then no one is Radiohead, and change is not always a guarantee of progress and can even be devolution. Is it possible for a band to maintain relevance while building a career out of sticking to a time-tested formula? Not for Oasis, at least. In the case of British Sea Power, the band has taken the middle ground. On their debut, The Decline of British Sea Power, they found a template that worked for them, and have been refining it along the way ever since.

Critics have drawn overused, but nevertheless apt, parallels between U2 and British Sea Power, thanks to a shared penchant for grandiose anthems with arena-style choruses and crescendos. These comparisons are also unfair, because the two acts do not sound much alike and British Sea Power’s sound includes atmospheric and post-punk numbers along with the soaring epics. When announcing Valhalla Dancehall, British Sea Power described lead single “Living Is So Easy” as having “electronic keyboards, some Louis Vuitton and clay pigeons” and drawing influence from “Serge Gainsbourg and Ralf and Florian-era Kraftwerk with a sprinkle of Stock, Aitken and Waterman.”

Perhaps this description is a dig at both these comparisons and the sometimes ridiculous attempts by music journalists to describe a band’s sound, or maybe it’s completely sincere. In any case, “Living Is So Easy” immediately stands out as one of the poppier and more electronic songs from British Sea Power. The breath of fresh air is short-lived, as Valhalla Dancehall covers mostly familiar territory. Songs such as “We Are Sound” and “Observe the Skies” represent the uptempo, hyper-literate side of British Sea Power, while the likes of “Baby” and “Cleaning out the Rooms” exemplify their recognizable, slow-burning swell.

Benefiting from lyrics topical to the plight of cut-protesting students in the UK, the stadium-stomping “Who’s in Control” delivers an anthemic chorus with such an inspiring sense of urgency that one does not have to be invested in the politics in order to shout along. “Thin Black Sail” is a raucous post-punk rocker that could well have come from The Decline of British Sea Power, but it’s still an effective diversion punctuating “Cleaning out the Rooms” and the spellbindingly sprawling nine-minute “Once More Now”.  These songs illustrate how the familiar and the engrossing need not be mutually exclusive.