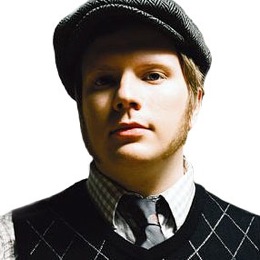 The members of what used to be Fall Out Boy have scattered in all directions since the band’s demise hiatus. Joseph Trohman and Andy Hurley have formed heavy metal band The Damned Things with members of Anthrax and Pete Wentz is busy… being Pete Wentz. As for frontman Patrick Stump? He’s following in the footsteps of guys like Julian Casablancas and Brandon Flowers and embarking on a solo project, with his debut album, Soul Punk, set to drop February 2011.

Stump originally announced the album way back in February, but his desire for perfection caused a bit of a delay. “I just want to make sure I go to sleep at night knowing I’m not half-assing this,” Stump told MTV News. He also noted that this delay caused a change in the album’s style, explaining that the sound “changed dramatically” since he told fans he was moving more into a funk direction.

With the album now completed, Stump promises that fans will soon be able to hear the track titled “Spotlight”. In the meantime, you can check out the song’s handwritten lyrics on his website. More details as they become available.