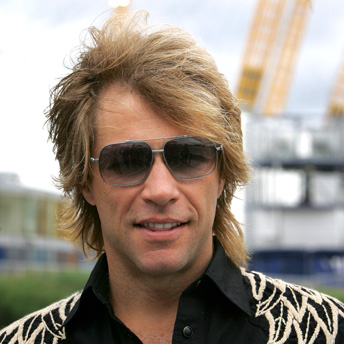 The adage that things happen in sets of three seems more and more true as time goes on. Just one day after we reported Wolf Parade‘s indefinite hiatus, Bon Jovi have released a statement suggesting their latest world tour may be the last you see of the band for a while. It almost feels like we should start guessing which band will be next to go on a break.

With both The Circle and their latest greatest hits album out in stores, the New Jersey rockers are about halfway through their 135-concert tour in support of the two releases. They’ve already traversed North America twice but plan to come back one more time for a group of arena tour dates next year. From there, they’ll move to Europe, ending on July 31st in Lisbon. Then, well, that’s it for a while.

In a recent interview with StarPulse.com, frontman Jon Bon Jovi suggested that a combination of exhaustion and their massive touring party have led to the decision.

“When you’re going places where they don’t have their own electricity, and you say, ‘Don’t worry, we’ll bring our own,’ it’s time to take a break,” said the singer. “We have to go to bed. But I’m not retiring – for an old man who has no plastic surgery, still has all his own hair and wears a 30-inch waist, I’m doing okay.”

Basically, see Bon Jovi on their latest trek if you’re a fan, because it’s the last chance you’ll get for a while. Grab tickets here.