Bruce Springsteen and the E Street Band – The Promise 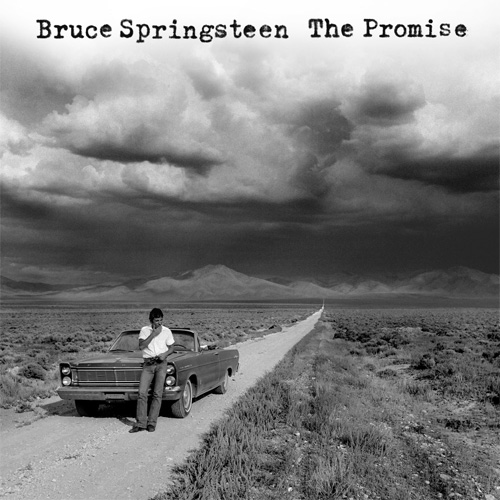 To say Bruce Springsteen didn’t put out a bad record until the ’90s is an understatement. Every album released between his 1973 debut, Greetings From Asbury Park, N.J., and 1987’s Tunnel Of Love is now considered classic, so it’s no surprise that his B-sides from that period would be equally compelling. 1998’s box set, Tracks, was a testament to this, a sprawling four-CD collection of non-album cuts with the first three discs featuring virtually no filler. Springsteen stated in the liner notes that he wasn’t quite sure why some of the songs were left off his albums in the first place, and many of them have since made regular appearances in his live set (most recently “Seaside Bar Song” and “Thundercrack”).

Shockingly (or not so much, if you’re a fan), The Boss had even more songs in the endless scribbles of his fake book – two discs’ worth, in fact – that haven’t seen the light of day until now. The Promise is comprised entirely of B-sides from one of the greatest (and most tumultuous) chapters of his prolific career: the Darkness on the Edge of Town sessions. While a handful of the tunes here have been heard in different incarnations, live or otherwise, many are freshly unearthed, giving the listener insight into the duality of Springsteen’s songwriting at the time, something that would culminate with the release of his next album, The River.

Where Darkness on the Edge of Town was rife with pessimism and working class desperation, The Promise finds The Boss at his most sentimental. The songs simply wouldn’t have fit in with the steely outlook on Darkness, feeling more akin to the adolescent calliope yearning found on The Wild, The Innocent & The E Street Shuffle. Sure, The E Street Band’s trademark icy glockenspiel and saxophone grime are still here (and check out Steven Van Zandt’s prominent gravelly harmonies on “One Way Street”), but they’re slicked with a rosy production that’s lush as opposed to raw. Romantic instrumental touches flourish throughout; mariachi horns and shells pepper “Gotta Get That Feeling” and “The Brokenhearted”, while a heavenly backing choir soothes The Boss as he drunkenly croons through “Someday (We’ll Be Together)”.

Even the alternate versions of his already existing songs feature a sunnier disposition, most notably “Come On (Let’s Go Tonight)”, an optimistic reworking of “Factory”. Where the original chronicled the morning and evening death marches to and from the backbreaking houses of industry, the latter has one of the workers eager to end his shift so that he can hit the town with his loved one. “Candy’s Room”, perhaps the bleakest cut off Darkness, is turned on its head musically and lyrically with “Candy’s Boy”. Although things still end badly for the young couple, they go out on their own terms in a blaze of hormone-fueled, cinematic glory. Even “Racing In The Streets” (acting as the album’s opener here) gets brightened with a higher pitch and playful fiddle.

On top of retooled classics, The Promise features long-awaited studio versions of live fan favorites. The proper, polished versions of “Because the Night” and “Fire” are superior to their earlier renditions on Live/1975-85, with only “Rendezvous” falling flat when compared to the more urgent, breakneck version on Tracks. Other highlights of the album include the joyous ’60s R&B throwbacks “Ain’t Good Enough For You” and  “Talk To Me”, the woozy cantina drawl of “Spanish Eyes”, and “Save My Love”, the most prototypical E Street song on the album with Roy Bittan’s twinkling piano at the forefront and Clarence Clemons’ growling sax underscoring the entire track. Clemons has always acted as more of a featured player, with his brassy solos exploding as songs reach their peak, so it’s refreshing to see him being used so subtly here.

The album’s only setback is that it lacks the cohesive arc that sets apart Springsteen’s best work. Born to Run, Darkness, and The River all had clear beginnings, middles, and endings, allowing them to tell a singular story with a setup, rising action, and climax. The Promise feels more like a stitched together collection of songs with little dramatic structure. It’s understandable given the project’s piecemeal nature, its sprawling track length, and the death of the LP format. When the aforementioned albums were released, producers actually had to think about what would begin and end each side of a record. There had to be peaks and valleys. It would have been nice to see this sort of thinking applied to The Promise, but it’s certainly not a deal breaker given the standout quality of the songs.

Springsteen completists should look out for homages to the rest of his catalogue. The title track name-checks the ubiquitous characters of Johnny, Billy, and Terry while also making numerous references to “Thunder Road”, and “Spanish Eyes” contains a large lyrical portion of “I’m On Fire”, which would be released on Born In The U.S.A. a full six years later. This thematic mirroring renders The Promise as a kind of retrospective – a greatest hits package of songs that were never (for the most part) actually hits. But give them time. They’ve been waiting 30 years for this.