Akron/Family detail most confusing album of 2011 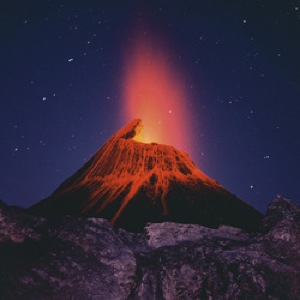 Akron/Family, the New York City/Portland, Oregon based psych-folk band, have announced details of their fifth studio album. That’s about the last normal thing you’ll read in this article for a while, as these guys have gone eccentric with this news to say the least. First off, the album will be called S/T II: The Cosmic Birth and Journey of Shinju TNT. No kidding. We don’t know what it means either. One certainty is that the album will be released on February 8th in the US, and March 14th in the UK via Dead Oceans Records.

This is where the story gets interesting. And weird. Dead Oceans reports on their website that they sent emails and text messages to the band for over a month. These all went unanswered, deadlines were missed, and pleas to the band to send in their completed album fell on deaf ears until the label received a large brown cardboard box at their offices with “SHINJU TNT” written on it in black marker, with a return address of “AK, Detroit”. Are you thinking “Seven” too?

Having decided against calling in the Bomb Squad, inside they found a “sincere, but poorly made diorama of futurist swirling spaces filled with toy astronauts and dinosaurs,” four song fragments on a cassette, three pictures, a type written note from the band, and a tracklist written in crayon. A few days later, a short video also arrived.

Deciphering the contents of the box and the video, it seems that the band wrote the new album in a cabin built into the side of an active volcano, Mount Meakan, in Akan National Park on the island of Hokkaido, Japan. It was then recorded in an abandoned train station in Detroit with Chris Koltay, who has also worked with Liars, Women, and Deerhunter, amongst others. Upon completion of the album, Koltay said “this album will transcend the internet.” The band even delivered the album direct to the vinyl manufacturer for fear it would leak.

According to the Dead Oceans press release, Akron/Family spent the latter part 2009 and this first half of 2010 “exploring the future of sound through Bent Acid Punk Diamond fuzz and Underground Japanese noise cassettes” as well as “lower case micro tone poems and emotional Cagean field recordings.” Apparently they also carved their own drum sticks to play the electronic drums they rebuilt from the 1970’s.

Whether or not anyone quite understands the press surrounding this album is up for debate, but it’s sure to get a lot of interest when it hits stores in February. Meanwhile, you can listen to the song fragments the band sent to Dead Oceans as well as preview the short film they also sent it. It may clear things up a little, but I doubt it.

The sound fragments can be found here.