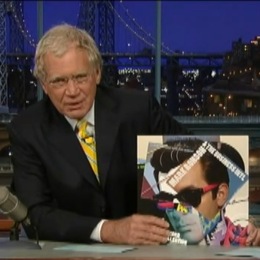 Last night, The Late Show gave Jimmy Kimmel a run for his money by having on quite the array of musicians. Well, it didn’t end up anywhere near as good as the xx’s gig, but still.

Mark Ronson was joined by his “Bang Bang Bang” collaborators Q-Tip and MNDR to perform the single for David Letterman’s audience (video below thanks to The Audio Perv). There is a ton going on in this performance, including Amanda Warner dancing and wearing white-rimmed fake glasses, Q-Tip being Q-Tip, and a glowing guitar which impressed Letterman. Warner and Tip share fronting duties; they don’t have much chemistry, but they get the job done. And you might not notice but Ronson’s the guy on keyboards with bleached blond hair.

Uh, and damn is this song catchy. Check it out below.