Lil Wayne – I Am Not a Human Being 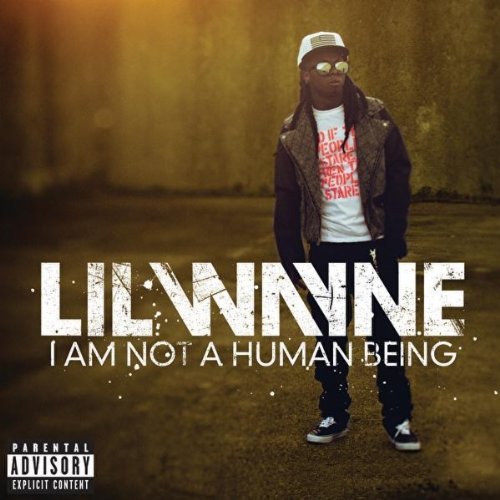 If it’s not clear from the album’s title, Lil Wayne thinks of himself as an otherworldly creature. That would explain how he can release an album while incarcerated. However, this isn’t some new revelation; the Young Money mogul’s been calling himself a Martian for sometime. Other than dropping it in a verse here and there, this is the MC’s boldest decree of his uniqueness and status as an outcast. As such, you’d expect some truly alien offerings to further establish his extraterrestrial persona. What we get, however, is not enough of the truly Weezy-esque and just enough curveballs to satisfy us until Tha Carter IV.

It’s hard to find the true bangers, the absolute barn-burners in this album. “Right Above It”, featuring Drake, sounds close enough to be a big single, but it lacks some of the frantic pop and genre-hopping appeal a lot of Wayne’s bigger hits had in spades. If there’s anything really worthy of mass radio play, it’s the title track. Drawing on the awful rock sound Weezy utilized for his disastrous Rebirth, the song’s got a solid hook, a menacing guitar, and just enough non-rock vocal stylings to dissuade you from splitting your own head open.

But put simply, the real problem with this record is that a lot of the tracks feature Drake. But, Drizzy himself isn’t the problem.  The issue is that, through his excessive inclusion on the record, he’s converted the king of foul-mouthed street raps to the church of the vaguely R&B, vaguely hip-hop slow jam.

Wayne’s shown a softer side before (“Every Girl” undoubtedly melted your girlfriend’s heart), but with tracks like “I’m Single” and more so in “I’m With You”, Weezy’s ability to ride the line between the crass and badly written and savant-like genius crashes toward the former with lines like “Damn you the shit/I’ll rip out my heart and hand you the shit.” Giving Wayne a lower tempo and bad prom beat hurts his frenetic flow. If you’re going to do it for the ladies, then do more of “That Ain’t Me”, which gives Wayne a mutated drum beat to drool over and still offers some crooning by English songbird Jay Sean.

Lil Wayne is at his best when left inside his own head, and, in the event of a collaboration, with more like-minded artists catering to his madness. He and rap queen/YM signee Nicki Minaj share a therapy session with one another in “What’s Wrong With Them”. The track takes the whole concept of having pride in your oddness and slaps it with a uber-synthy beat and some of Wayne’s most sizzurp-powered spitting alongside most dominant and boisterous vocals by Minaj. Trumping that effort is album closer “Bill Gates”. Not quite the big hit the album needs, it feels triumphant, focused primarily on Wayne and a pseudo-Batman theme song beat that rumbles brilliantly. Alone, and truly as an outcast, Wayne is at his sharpest and most dangerous: too catchy to ever ignore.

For essentially putting the finishing touches on this album over the phone from Rikers Island, it’s rather impressive. But when you get beyond that interesting factoid, you can see the album for what it really is: an average record that delivers and fails to do so simultaneously, while serving as a reminder that Lil Wayne is dedicated to his continued improvement as a premier MC. And probably getting out of prison ASAP.