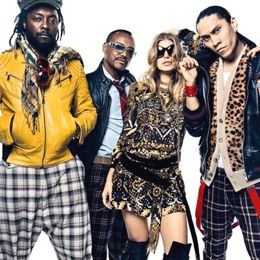 Past Super Bowl halftime performances include Bruce Springsteen, U2, The Rolling Stones, The Who, Prince, Paul McCartney, Stevie Wonder, Michael Jackson, Phil Collins, Aerosmith, Sting, and Tom Petty & the Heartbreakers. Basically, every living musical legend you can think of.

I’m not necessarily sure where the Black Eyed Peas fall within that list, but if the report by the sports blog Sports By Brooks proves accurate, the Los Angeles pop group will soon be donning mid-field of Cowboys Stadium. As in, they’ll be performing during Super Bowl XLV’s halftime ceremonies.

The NFL has yet to officially comment on the report. This year’s Super Bowl is set to take place on February 6th, 2011 at Cowboys Stadium in Arlington, Texas. More details as it becomes available.