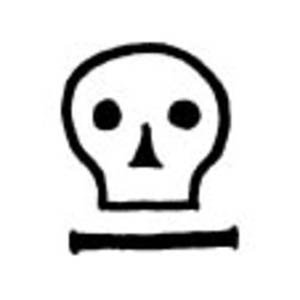 Those of you in the Chicago area most likely remember the severe thunderstorms that hit the area a few weeks ago. While the damage was substantial throughout the city, it hit Graveface Records particularly hard. While the label’s founder, Ryan Graveface, was out of town, his stocking area in the Logan Square neighborhood was flooded with three feet of water. This destroyed between 50-60% of his unassembled product, all of which he puts together by hand. The value of product ruined by the water ranks in the thousands. To make matters worse, insurance refuses to cover any of the damages due to a sewer water loophole.

In an attempt to recoup his losses, Graveface is holding a donation-based raffle in which everyone gets something. The prizes are on multiple tiers depending on how much is donated. Each tier gets you a raffle ticket number (your PayPal transaction ID number) as well as a product for free.

For example, a basic donation of $10 doesn’t get you a raffle ticket but will gain you an instant download of rare/unreleased music, which includes the Black Moth Super Rainbow Eating Us instrumental album, Dreamend So I Ate Myself, Bite by Bite rough demos, a Graveface mixtape, and a bunch of other party classics.

For $25, you get boosted into Tier One, which comes with the above download, a random Graveface vinyl/CD, and the raffle ticket for a whole slew of potential prizes.

In addition to all these raffles, a few out-of-print albums from the label are back in print at the moment. A distributor returned some of the BMSR Eating Us Record Store Day double foil LPs and the Daturah Reverie 2XLPs to the company, making them available for a limited time.

All details about the donations/raffles can be found at their website here. So if you can afford it, show your support to Graveface Records, and you’ll probably get a lot of cool prizes out of it as well.