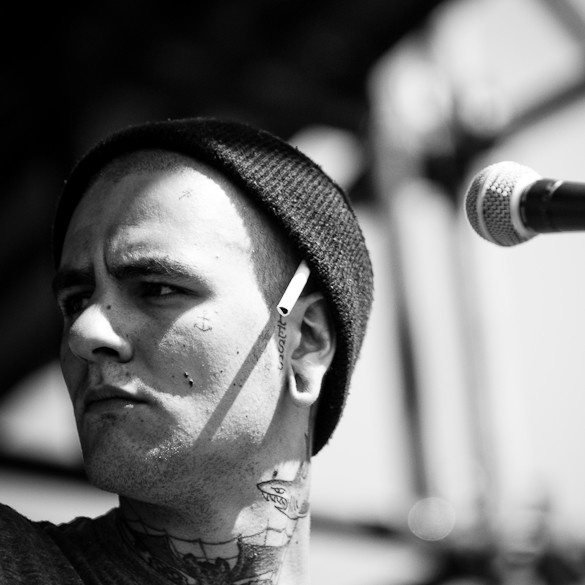 Remember back in elementary school when you were forced to have a pen-pal? Yah, Christopher Mansfield’s is way better.

After indie-duo Tegan and Sara received Manfield’s Ultimate Puke EP back in 2009, aspiring producer Sara Quin jumped on the opportunity to work with the Seattle-based singer/songwriter. Quin and Mansfield, who records under the moniker Fences, corresponded for nearly a year until Quin invited the Berklee School graduate to a recording studio in Victoria, British Columbia, to prep a full-length release. In only ten days the duo would record 13 tracks, ten of which will become Fences’ self-titled debut.

Fences will be released September 28th via Onto Entertainment/ADA. The album’s first single “Girls with Accents” was originally released on the EP, like most of the full-length, but due its limited release and a little Sara-finessing you should probably check it out below.

Ahead of the release date Fences will begin a new tour of the Northwest. Following an appearance at last weekend’s Bumbershoot in Seattle, Fences will bring the project’s union blend of folk and Nirvana-esque punk angst to California, Oregon, Washington, and Vancouver. The complete tour dates follow.

Check Out:
“Girls With Accents”