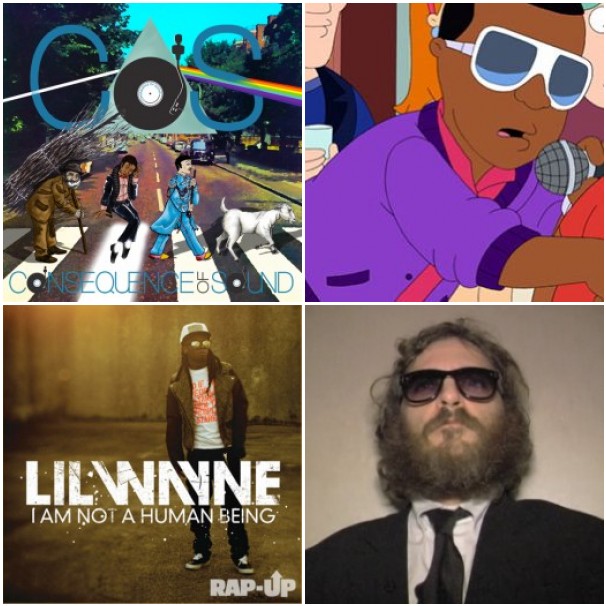 What a week. In case you couldn’t tell by the exceptional length of this recap post, a lot went on these past few days, including a birthday! But I won’t waste time musing and let the events speak for themselves.

If only we could have more weeks like this one…

— We did it. We posted our list of the Top 100 Albums Ever. Feel free to comment if you haven’t already by now.

— We’re also throwing an awesome after party for Titus Andronicus in the Windy City this Saturday.

— Radiohead completed a “group of songs,” whatever that means.

— Consequence of Kanye continues. Read this. Then watch this.

— The Dismemberment Plan jumped on the reunion bandwagon. A Perfect Circle followed suit.

— And while we’re still on the subject, Roger Waters teased us about a potential Pink Floyd reunion.

— Godspeed You! Black Emperor will tour the US later this year.

— What a week for Weezer. Not only are they hard at work on the follow-up to Hurley, they also announced the “Blinkerton Tour” (get it?!). They also “cheated” on Leno.

— Lil Wayne has a new EP in the works. (Please note that he’s still incarcerated).

— There won’t be a new Coldplay album anytime soon.

— Remember that Joaquin Phoenix documentary? You should probably know that it’s a hoax.

— But at least you can look forward to a new Girl Talk record, among other things.

— Matt & Kim showed off the artwork and tracklist for Sidewalks.

— Kid Cudi divulged the special guests on his forthcoming effort.

— Calvin College pulled the plug on a New Pornographers gig set to take place there next month.

— The Drums lost a guitarist.

— Don’t fret if you missed Hopscotch ’10. Our staff brought back plenty of photos.

— Alex Young saw Jay-Z,  Eminem, and Kanye West perform under the same roof. This is what he had to say about it.