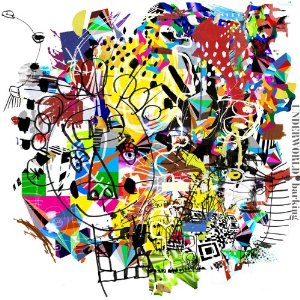 It’s safe to say an electronic group like Underworld knows what they’re doing. If a duo of beat maestros can continue making records and please fans after almost 30 years, they clearly have mastered their craft. But as the world of electronic music becomes vaster with the various genres and labels such as techno, house, rave, hardcore, old school, dub step, break beats, and trance, groups have to keep up with the modern age. Underworld has been able to cover all sorts of electronic ground on Barking, and while a majority of it is very good, I would not go as far as to call any of it “classic.”

The songs on this record could easily translate to the sociological cult that is the electronic music fan base. Overall, they are well-produced, melodic, emotional, and fit for both the small club and a gigantic desert rave. Something just seems lacking, though, within the sonic delivery here. The tracks are indeed reminiscent of some of Underworld’s older work; however, something about the freshness of this record seems illegitimate.

The throbbing opener is called, “Bird 1”, a track that I can imagine playing in elevators once we build office buildings in space. The track never gets overtly exciting, but the drums kick up after awhile, maintaining a monotone but relaxed level. Eventually, extra hooks are added as well, making the track rise but never necessarily climax. A track like “Always Loved a Film”, would do fantastic within a large club or festival circuit. The trance-like keyboards, simplified drumbeat, and chorus chanting out, “Heaven! Can you feel it?!” would easily be a big live hit with an audience. Same with “Scribble”, the first track Underworld made public from this album. “Scribble” just sounds like any raver’s ultimate moment within a dance party to bust out some glowsticks and light-up gloves and do some invisible-orb dance moves. With its sporadic keyboard riffs, tight and fast beat, and extremely poppy hook, it’s only a matter of time until DJs are spinning this one. These are the two highest points on the record.

A song like “Grace” is catchy and pretty trippy, but the track never seems to go anywhere. The lyrics haunt you the entire time, and you wait for something exciting to happen, but it just carries on like that for awhile. The following track, “Between Stars”, sounds pretty cool with its space-conquering style beat almost reminiscent of modern day rockers Empire of the Sun. The song keeps packing on the loops, as the vocals continue to stay diabolical. Eventually, it explodes into a keyboard ensemble, but almost predictably.

Towards the end is a weird track, “Moon in Water”, with a female spitting bizarre and drawling poetry over a simple keyboard riff. It reminds me a bit of the Chemical Brother’s “Asleep From Day”, but it eventually picks up a little more to sound like a 1980’s pop hit. And finally there is “Louisiana,” a five-minute finale mainly played on piano. This is the album’s most emotional moment as eerie keyboard parts play alongside slow and tearful vocals to bring the album to a dark and lulling close.

So what’s my final verdict on this album? I don’t think it’s bad. I did not look at this album in a particularly negative fashion. However, I don’t think it’s necessarily fantastic, either. It’s just good. It’s not the electronic record I would give to my children in 20 years when I’m teaching them about this sector of music, but I wouldn’t necessarily never listen to this record again, either. Overall, it’s a solid electronic listen, if you’re into that sort of thing, but you could probably listen to some older Underworld records and feel much more satisfied.