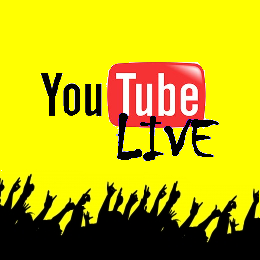 If you have followed some of the articles I have written on this fair website, then you know that I have a bit of an affinity for country music. It’s blasphemy, I know. Most people think country music is a twangy hell only reserved for the worst of society, but well…get over it. That’s all I can say. I do have a distinction as far as country music is concerned. I have a cut-off when it comes to most popular country music. Older country is of course the best, and I stay away from anything post-1995.

However, there is a man here in Chicago who is restoring my faith in what country music can be today. If you are like me and are a fan of the old style of country music, then you will love Bloodshot artist Robbie Fulks. He writes the kind of music that was once prevalent in the ’60s and ’70s. The kind of bluegrass inspired, outlawed, and fast and furious kind of country that made Johnny Cash, Merle Haggard, Waylon Jennings, and David Alan Coe famous. Plus he is one of the best country/bluegrass/overall guitarists I have seen in a long, long while.

I got a chance to see him perform a solo show a few months ago opening for John Darnielle of The Mountain Goats—playing a solo show of his own—at the American Theater Company’s breast cancer awareness concert. It is probably in the top 3 best concerts I have ever seen, and Robbie Fulks was a big part of that. Fulks’ records are amazing and varied, but seeing him live is a must have experience. Not only does he have amazing songs and an incredible ability as I mentioned, but he also has some of the best stage banter and stories ever. I could sit and listen to him talk and play for hours.

The following videos are from a show he played in Altadena, CA, back in 2008. They are a few of my favorite songs of his, and show his style, variation, and incredible ability. The first video is of the angry “Let’s Kill Saturday Night”. It’s a fantastic example of Fulks’ songwriting ability, and his ability to really make your foot tap. It also showcases Fulks’ amazing voice as well. It’s a surprising thing to hear such a great country voice live coming out of his tall, lanky frame, but one that you are thankful to experience.

The next video is of a more quiet, but funny song called “I Like Being Left Alone”. Fulks’ lyrics are both entertaining and well put together. When he performed this at the ATC show I saw, he introduced it with a story about his wife initially thought it was geared toward her, and he told her that it wasn’t just her but their kids as well. In his old age he just wants time to himself he explained. No computers, phones, or people, just his guitar and himself. And if this is what he comes up with when by himself, then by all means be by yourself more often Mr. Fulks.

“She Took a lot of Pills and Died” is an upbeat story of a fallen star that, once the star hit the earth, decided to just end it all. It’s a cautionary tale of rising too fast and falling even faster. This one is more of a twangy country affair, but it shows how Fulks can switch between country and bluegrass and rock all in the same show and all with just him. This one is one of my personal favorites. He sounds a lot like Haggard on this one. Maybe that’s why I like it so much.

Fulks is really good at writing tongue-in-cheek but angry observational songs. One of the best is “Countrier Than Thou”. As Fulks explains in the intro on this video, he wrote this song about all the audience members he was meeting on tour in places like Boston and New York that tried to be a country as possible, but were living in the city. The kind of blind fanaticism—that haunts most indie/hipster music fans…ahem—where anything out of the norm (or normal for that matter) is somehow the highest form of sacrilege. This video also shows Fulks’ fantastic stage banter, and shows how you just want to sit on a porch with him and chat until the crickets come out. Also, watch for another of my favorite things Fulks does: calls out his own name for solos.

This final video is not from the same concert, but it is my favorite and first Robbie Fulks song ever. It’s called “Cigarette State”, and the version I heard on CD was from a live performance with his full band. The electric guitar solo in the full band version is pretty killer, but Fulks’ solo in this video followed by the fantastic mandolin playing is something to hear. He also played this at the ATC show I saw, and watching his fingers move live as opposed to on video is a totally different experience. The song itself is pretty solid, and I love the “Alabama’s grand. The state not the band” line. If you are a country music fan you’ll get it.

So there is your introduction to more or less modern country music in the name of Robbie Fulks. If you are in Chicago anytime soon and he is playing, I highly suggest checking him out. He does tour, but not often, so you’ll more than likely find him at The Hideout here in the city. You’ll do yourself a favor by going to see him. Even if you aren’t the biggest country music fan, you’ll still like him. I promise.