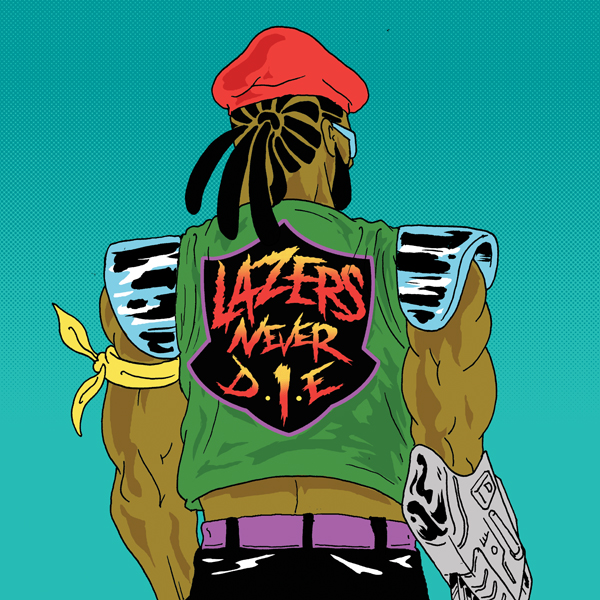 For those of you who haven’t yet heard of the animated zombie-slaying Rastafarian, Major Lazer, I have only two pieces of advice. First, come out of the cave you’ve been residing in, and second, come out of said cave ready to get your dance on.

Major Lazer is the bass-heavy brainchild of DJs Diplo and Switch. In June of 2009, they released their debut album, Guns Don’t Kill People…Lazers Do, to generally favorable reviews and huge community fanfare. With breakout performances at Coachella and HARD LA, they’ve become the dance act to see in 2010.

For those who listened to Guns, there won’t be very many surprises on this EP. The EP itself only contains two new songs, and three remixes that are hit and miss. On paper, this EP looks extremely solid, with collaborations from massive names M.I.A. and Thom Yorke, among others. But when it comes to this one, I would advise you to use your ears more than you use yoru eyes.

Of the two new tracks, the one that features M.I.A. is much the inferior (she really just can’t win these days). Her track is a snare-happy dub track that focuses a little too much on her chorus, which is a highly monotonous. Surprisingly, the best new track is the one without M.I.A. on it. The second of the new tracks, “Good Enuff” is a catchy little ditty that is more authentic reggae than it is dub. It’s without question the best track on the EP, new or remix. Its infectious hooks and danceable beats will have you tapping your toes in no time.

The remix situation is uncannily similar to the new track situation. Just because Thom Yorke remixed it doesn’t mean that it’s the best remix. And this is coming from a man who worships the very ground Mr. Yorke walks on.

The first remix is of Guns sleeper track “Bruk Out”. The original is a solid song, but unfortunately is easily overlooked by bigger, more fascinating songs. This remix is the final push to the summit that makes this track a standout. With a sped up tempo and synth insanity, this one is truly better than the original, which is not a thing that happens often when it comes to remixes. The next remix done by K.L.A.M. is exactly what you’d expect from a remix. Very little variation, and where it does deviate, it does so in the wrong places. The reason “Can’t Stop Now” was a great track was because of the jaunting downbeat of the reggae and the impossible to dislike vocal melody. Essentially this song took one of the standouts from Major Lazer’s debut and turned it into drivel.

Now, let’s talk turkey. And by turkey I mean Thom Yorke. The Radiohead mastermind is known for his thin, floating treble when it comes to his solo work. Conversely, Major Lazer’s “Jump Up” is known for its substantial use of bass beats. I wish I could tell you that Thom’s style of remix is the jelly to “Jump Up”’s peanut butter, but it’s not. It’s more like the tomato sauce to “Jump Up”’s peanut butter; which is to say, the two do not mix well. I love Thom Yorke, and I really enjoy Major Lazer, but I don’t think they were a match made in heaven.

Nonetheless, this is an EP worth listening to simply for the new track “Good Enuff” and the much improved “Bruk Out”. On the whole, however? This EP isn’t worth your dollar, so I’d suggest you just playlist.com this one, or purchase the single tracks. It’s an interesting take on an awesome dance act’s debut album, but one that falls flat on its face literally three out of five times.