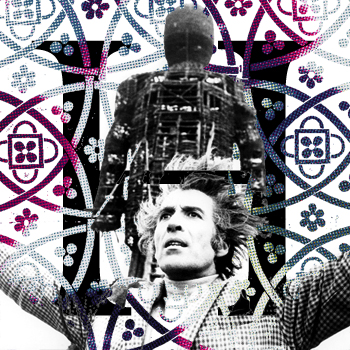 It’s always sad news when a band breaks up. But sometimes it doesn’t have anything to do with drugs or personal grudges, and it’s simply just the end of a creative entities’ life cycle. In fact, in very rare cases, some good can even come out of it. Such is the case for Swedish electro pop act The Honeydrips.

The band, the side project of Mikael Carlsson (formerly of Dorotea), released but one album, 2007’s Here Comes The Future. However, according to a statement by the band’s label, Sincerely Yours, Carlsson is calling it a day as he’s “said everything I wanted to say.”

But before they go, fans of the band and their well-received debut get one last parting gift from the band, this in the form of a track called “HÃ¶stvisa”. In Carlsson’s song, the singer is featured wailing over “GÃ¶teborgs Symfonietta” as conducted by Tomas Blank. As far as door prizes go, it’s a pretty good swan song.

As always, stay tuned for more news on where Carlsson goes next with his electro pop majesty.