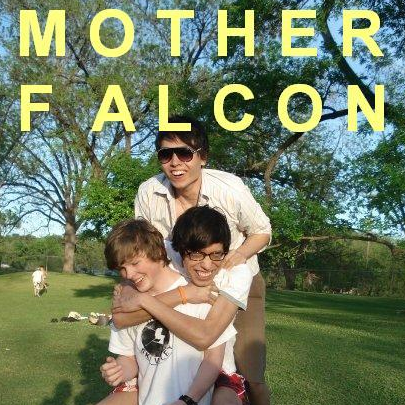 We live in an age where the intellectual reigns supreme. Of course, several figures within pop culture make “geeky smart” pretty hip and cool (Tina Fey, Thom Yorke, the protagonist in every Judd Apatow movie and/or show), but the fact of the matter is that there is this hyper-intellectual movement within most of art today. It’s because of this that a band like Mother Falcon, a neo-classical indie outfit from Austin, TX, can exist and build a fan base merely by putting their tunes on the internet. That may sound conventional to you, but their music is anything but that. It’s a whole new entity.

A lot of folks make up Mother Falcon, and they’re all friends. As of now, their current roster sits at 20 individual musicians, who all bring an eclectic group of instruments to each of their band practices. Instruments include: an accordion, guitars, violins, cellos, mandolins, piano, percussion, and something called a bouzouki. The band themselves are extremely enthusiastic about their magnitude and diversity, and each of them acknowledge the fact that they all have something different to bring to the table.

“Everyone puts a finger in the pie,” singer/guitarist/cello player/mandolin/pianist Nick Gregg says. In fact, there is no dominant force within the band. It’s a total democracy, which is indicated by their songwriting structure. “One person will usually bring in a melody to expand upon and then work with smaller groups of us to structure it. Once there’s a grasp on the direction of the piece, the groups get extended. When that happens, everybody starts to take a hold of it. Everybody writes.”

This uber collaboration shouldn’t come as a surprise; after all, the music speaks for itself. Beautiful, elegant, and haunting pieces linger in your head long after you’ve listened to them. While the process takes up time, it results in a collection of perfected songs, and the band constantly creates new material to stay on top of their game.

Their first EP, Still Life took them two to three years to compile.  Composed of five jaw-dropping pieces, Still Life takes you back to an age of class, elegance, and fancier clothing. “Marigold” swoops right in and captivates right at the beginning with chords that just seem to pull. The combination of string instruments, a union of harmonies, and a variety of vocal ranges allow for a fantastic opener. You can just see rich, oil paintings forming in your mind. You can smell the wood finish on the stage of a theater with velvety carpets, where a piece like this would be played. This is indie rock on a whole new level.

There are simpler songs, though. “Tokyo Rose” doesn’t start off complex, it builds with more and more sound as the song progresses. The EP’s finale, “Faint Green Light” is as epic as any piece could possibly be. Its wooing vocals, bone-chilling string arrangements, and Greek-esque guitar riffs make it unlike any other track on the album. And when the percussion kicks in at the song’s closing, everything shakes up to finish things off.

Where did music like this come from, though? How did a bunch of Austin musicians create such a concept?

“We’re all fans of surrealist literature,” says accordian player Tamir Kalifa. “Things and ideas that are so much larger than life; ethereal, almost dream-like qualities. We talk about that a lot in our music. Think of our music as like a soundtrack to your dreams. Lyrics and the song might conjure up different ideas with each listener.”

But literature isn’t the only thing that inspires them. Obviously, music comes into play as well, and for Mother Falcon, it’s a smorgasbord of sounds. The band pulls from their classically trained ears (Beethoven, Bach), as well as modern pop culture (Biggie, Tribe Called Quest, any sort of hip-hop rhythmic qualities), and worldly, Gypsy-style music (Django Reinhardt), though with a hint of tango. On top of that, the band never stops playing.

“We try to remain active, playing something like three shows a month,” violinist Yun Du explains. “We have a lot coming up, and we need to choose which shows to do. Most of the time we lay low until a good opportunity comes along.”

At the rate these guys are cranking out music, and if they keep up their unique stylistic approach, plenty of these opportunities will come along. For example, the band played SXSW this past year, and they’re currently trying to plan a nationwide tour.

“We’re trying to figure out the logistics of it,” Du continues. “We have a whole shopping list of equipment we need, but we’d love to get out there within the next year.”

It’s a story we’ve heard a thousand times: A band doing what they love best. For this Austin pack, they want to go a bit further… they’re pushing for a greater cause.

“We want to see how far we can go with what we enjoy doing,” says Nick Gregg, “We want to bring classical knowledge to the public forefront. You know, we all started as orchestra kids, and we want people to know you can be a cool kid for playing the violin. Think outside the box, jam, have fun!”

At the end of his speech, Kalifa cuts in: “That pretty much sums it up, there are no major egos, if we can keep making enjoyable music, we will.”

Good, we need more of that in society.

Want to be the next up and coming artist featured on Consequence of Sound? Submit your music exclusively through Sonicbids.