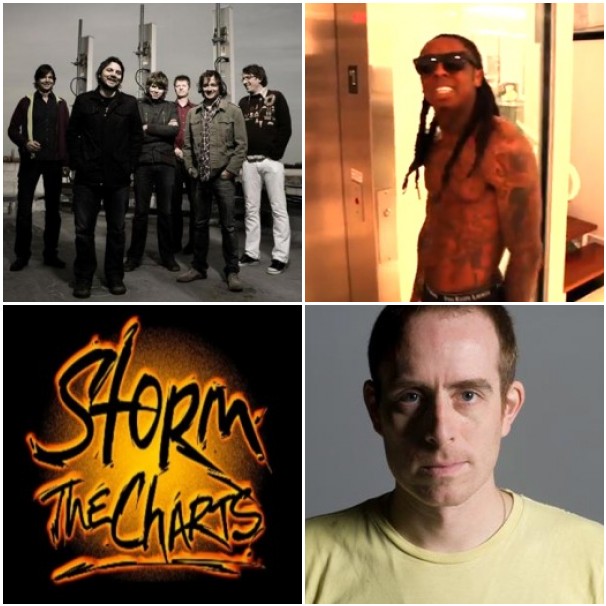 This wasn’t necessarily a dry week in the news department. Scroll down and you’ll find that there’s clearly plenty to report. There’s new material from old favorites as well as hot-shot groups, and a number of stories developed interestingly (for better or worse). Then again, no major events marked the last few days. There was no Coachella or Bonnaroo. There were no sudden gains or losses in the industry. There was no drama. Of course, this will change very soon once the fifth installment of the Pitchfork Music Festival goes down in Chicago’s Union Park next week. But until the hipsters (and this writer) converge in that little urban oasis for a three days of crate digging, crowd surfing, and obscene midwestern summer temperatures, this recap should tide you over.

In music there’s always something to look forward to. Stay tuned.

— Across the pond, BBC 6 drama continued.

— Now that he’s made his stance on immigration known, Conor Oberst and two of his more notable, newly reunited projects — Bright Eyes and Desaparecidos — will play the Concert For Equality in Omaha, NE later this month.

— Curious to know how the Rage Against the Machine-esque campaign known as Storm the Charts went over? Find out here.

— Don’t hold your breath for a new Van Halen album, but there are plenty of other new titles to look forward to. Keep reading and you’ll see what I mean.

— Nerds have a reason to rejoice, too: Daft Punk‘s score for the Tron remake should be available just in time for the holidays. November 23rd may or may not be the day.

— Many other groups detailed their forthcoming albums, including Swans and Grinderman.

— And while we’re on the subject of new material, check out the DJ Shadow, Smashing Pumpkins , The Ghost of a Saber Tooth Tiger, and Of Montreal singles that dropped this week. There’s also an intriguing new Converse promo single to hear.

— M.I.A.‘s new album is streaming on her MySpace page. Stop reading this recap right now and listen. Or you could open up another browser. Your call.

— Big Boi stepped out on his own. Chris Coplan reviewed the beatmaker’s long-awaited solo effort.

— Karina Halle checked out a Melvins gig. This is what she had to say.

— Ray Padgett reported on the Nateva Music and Camping Festival.

— Want a couple of three-day passes to Lollapalooza? How about a Radiohead prize pack? Enter our Ultimate Giveaway. Click here to find out more.