Wavves – King of the Beach 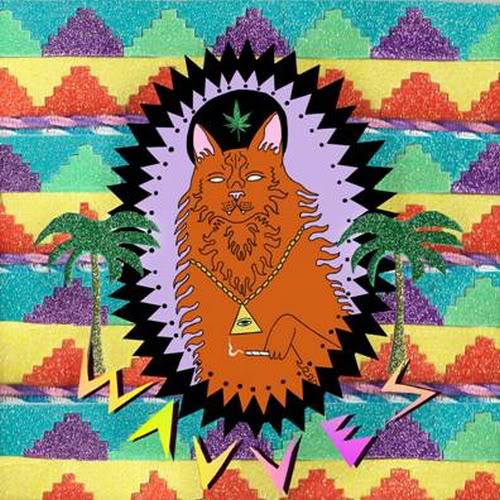 With its sophomore LP Wavvves, the band Wavves (the solo project of musician Nathan Williams) set the indie world ablaze with a unique blend of super lo-fo noise pop that spun the tale of a modern-day nihilistic slacker of epic proportions. But that too much, too soon success, coupled with a meltdown at the 2009 Primavera Sound Festival, not to mention fights with other bands, and it appeared as if Williams was headed for a total wipeout. However, through sheer will of spirit (and a little overblown hyping by media outlets regarding the incident), Wavves has emerged as a full band – joined by the former backing band of Jay Reatard, drummer Billy Hayes, and bassist Stephen Pope – and completely re-energized. With that infusion of new talent comes King of the Beach, a mighty fist to the haters that takes the young punk energy and mentality that the project’s sound is known for and shapes it with, gasp, actual songwriting tactics and enough maturity to comfortably proclaim their long-term intentions without being any less scuzzy.

The album is peppered with moments that should remind any fan (or any detractor) of their initial connection with the power of Wavves: the simplicity and sing-along-ability of hyperkinetic jams that illicit two-minute long seizures of pure noise ecstasy. “Post Acid” is one such track, but also represents a bigger step in terms of actual development for the band. The sheer sonic destruction of the band is spun into a blast of jangly rock, a song whose hard edge of feedback is channeled into big noise that will make those non-afficionados re-think a common complaint about the band’s music: it’s pure drivel turned up to 11. Which, as a fan, is an appropriate critique of the band, but misses the point: that’s the way it’s supposed to be. “Green Eyes” is the definition of a beachy love song. If you can get through its momentary freakouts of pure distortion and nasally vocals, you can experience that kind of jam-tastic summer lovin’ in a whole new light.

But more than just cleaning up the group’s sound, King of the Beach offers several moments of utter inventiveness on the part of the burnout trio. The title track is a mighty proclamation of pure positivity, something which is almost foreign to the  heaps of self-degradation previous efforts have doled out. More than just a positive attitude, “Baseball Cards” and “Convertible Balloon” hark back to a time of pure and simplistic beach tunes. The former, though, buzzes with the vibe of some dubstep left out to tan, full of droning vocals and effects. The latter sees almost falsetto vocals, which, when combined with the saccharine lyrics with a gloom-and-doom outer shell, make for an absurdist pop song too odd to not illicit a listen and too joyous to not seep into your brain stem. But the most intriguing step forward, “Baby Say Goodbye”, blows the others out the water. At just over five minutes, it’s an epic for the band. More than it’s length, it takes a fusion of the album’s tactics (summertime lyrical content, bubbly instrumentation, etc.) and strips away the fury for a track that seems less like a construct of angsty rage and instead a delicious pop number. And even as it burns to oblivion in a haze of noise, it sounds kind of righteous.

If you throw all this together, you not only get a catchy album, but you get something of a nifty little concept to boot. Bookended by the title track and the aforementioned “Baby Say Goodbye”, it’s more than the tales of a drug-addled summer from the lonely mind of a misanthrope. King of the Beach tells the story of a band coming together and honing their sound. While there should be plenty of reasons for non-fans to come aboard, there’s even more reasons for actual fans to celebrate not simply a return and a triumph over the buzzkills facing young Mr. Williams, but the fact that he’s riding higher in their wake. Cowabunga, kids.