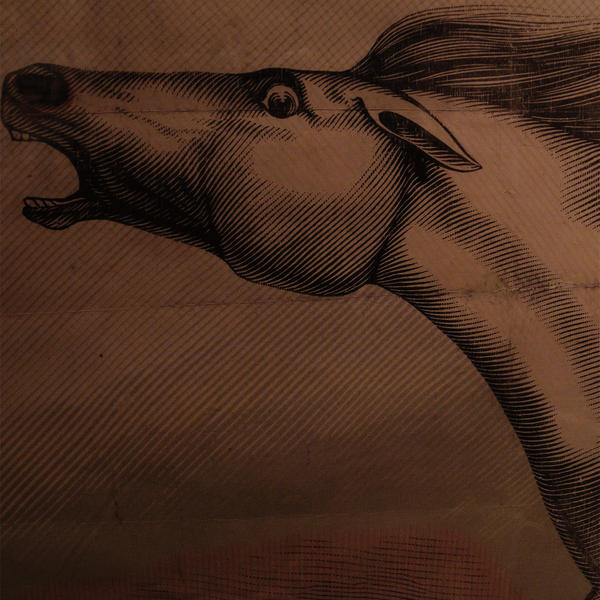 Coming up with ways to describe the music of Julian Lynch is a uniquely difficult task. The ethnomusicology grad student, currently studying at University of Wisconsin-Madison, draws heavily on his abundant knowledge of world music, while incorporating elements of modern day folk and indie. Mare, Lynch’s second official release and fifth circulated record in three years, is his most thorough and accomplished set of tunes yet. Where his previous records felt informal, and at times nothing more than a curious 20-something year old in his bedroom tinkering around with an assortment of instruments, Mare is an exhaustive and absorbing piece of detailed work.

The overall mood of the album varies – at times somnolent and languid, at others soothing and amiable – while still maintaining continuity. The abstract qualities of the record’s first half are sleekly blended into the more structured latter half by the dreamlike ambiance of “Stomper”, which gently percolates into the balmy and sedative “Interlude”. The atmospherics are in abundance, mostly pleasant, but dotted with brief intervals of spookiness and turbulence such as “In New Jersey”. “Still Racing” is a placidly strummed acoustic tune, reminiscent of a day spent wandering the forest, or maybe a doleful cowboy in the midst of a lonely night. While “Mare” is that of a late summer evening, spent lying under the stars in a colorful hammock.

Lynch has an expansive vocabulary of musical instruments, utilizing deep clarinet, bells, organs, swishing maracas, and an array of tribal drums. Perhaps the rhythmic work is Mare’s foremost quality – the tapping of the organ keys on “Ruth, My Sister” translates like a metallic percussive instrument akin to Indonesian Gamelan, allowing gentle xylophone notes to sparkle beneath a gorgeous clarinet solo.  Or the knocking wooden drum work on the Raga-inspired “Just Enough”.

It’s easy to draw comparisons to other bedroom-pop acts, specifically Ducktails’ Matthew Mondanile (the two did grow up down the street from each other), but the comparisons only go so far as the two’s affinity for mood-altering and dreamy landscapes, and maybe wah-wah pedals too. But Lynch doesn’t rely on repetition and looping to the extent of Mondanile; instead, he blends organic instrumentation with continuous movement, creating a more earthy and steady feel to his songs.

Mare isn’t as playful as Lynch’s previous work, it’s not as summery and it’s not as happy go lucky as “Banana Jam Pt. 1” or “Garden 2”, but this doesn’t hamper the overall quality. On the contrary, Lynch’s dedication to craft and his move towards seriousness – expanded upon since 2009’s Orange You Glad – make the record more palatable, and interesting for even the casual listener. If this is what he’s capable of now, it’ll be interesting to see what he comes up with after the homework assignments and dissertations of his college life wrap up.