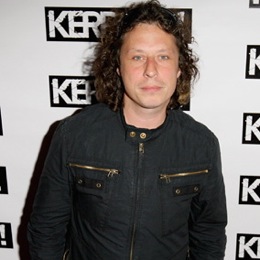 Stuart Cable, the former drummer of the UK rock band Stereophonics, was found dead at his home in Wales on Monday, reports Reuters. He was 40 years old.

A cause of death has not yet been determined, but police said there were “no suspicious circumstances at this stage.”

Cable was the original drummer for Stereophonics, performing with the band throughout the 1990s and early 2003s. Signed to Richard Branson’s V2 record label, the outfit experienced massive success, achieving three number one albums in the UK during this era. Cable, however, was forced out of the band in 2003 because of “commitment” issues — the decision was said to be based on the drummer’s long history.

In the years that followed, Cable focused his career in media and host hosted own TV show, Cable Connects, and his own radio show on BBC Radio Wales. He also drummed for bands Stone Gods and Killing for Company.