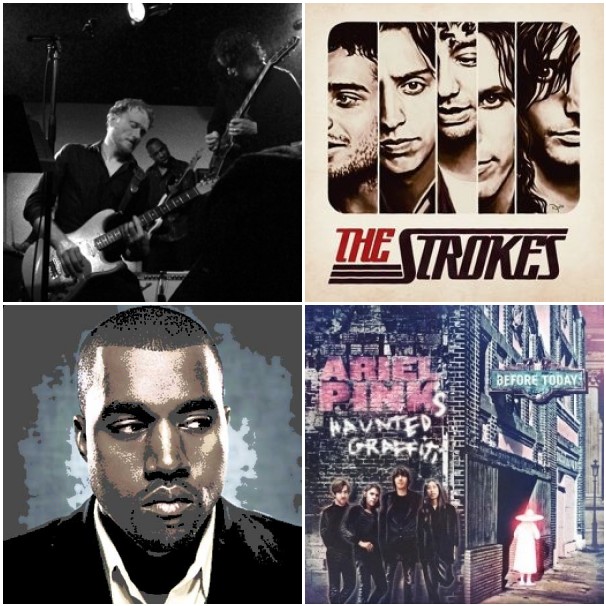 You can’t be everywhere you want to be. You can’t always be in the know about certain things. These are especially true of music, where, as we all know by now, where there are no constants. Well, that’s exactly what we’re here for. Whether you’re bogged down at work and can’t make it to the ‘Roo this weekend, missed your favorite band’s “secret gig” or newest single, or can’t even to begin to decide which albums to purchase next, we’ve done all the work for you. Or at least we tried to. Our staff goes everywhere and hears everything so you can, too. We’re here to help sort things out, to help you make sense of all this craziness. That being said, enjoy the following recap. Tune in again at the close of next week for another hodgepodge of exciting and strange news items.

— Bonnaroo 2010 well underway. Tune into NPR or YouTube for live streams of 40+ sets if if you can’t make it to the farm this weekend.

— Lollapalooza finally revealed its schedule. This means that single-day tickets are now available. This also means that attendees have some tough decisions to make (Lady Gaga or Strokes? New Pornographers or Devo? Black Keys or Hot Chip? And this is just DAY ONE.)

— If you needed further confirmation that our site is more or less a shrine to all things Arcade Fire nowadays, check out footage from their first show in three years.

— The Strokes are back.

— Kanye West is back.

— Lady GaGa unveiled her latest music video. Watch it. If you’ve already watched it, then watch it again.

— Following last year’s successful European run, Spiritualized will perform Ladies and Gentlemen We Are Floating in Space in its entirety for one night only at Radio City Music Hall next month.

— Speaking of one-offs, Pavement will reunite with original drummer Gary Young for a gig in their hometown of Stockton, CA.

— Panda Bear confirmed the release of the first single from his third LP as well as a few U.S. tour dates.

— It was a week of interesting collaborations: Matt Groening and Devo, Laurie Anderson and Lou Reed, Jack White and Conan O’Brien, and Jeff Tweedy and Mavis Staples.

— Stuart Cable of Sterephonics fame passed away at the age of 40.

— Frank Mojica reviewed the indie-heavy soundtrack for the latest installment in the Twilight franchise.

— People either love or hate Ariel Pink. This is what Philip Cosores had to say about it.

— The year is still young, but there are still plenty of new albums to buy. Thirty-five of them to be exact.