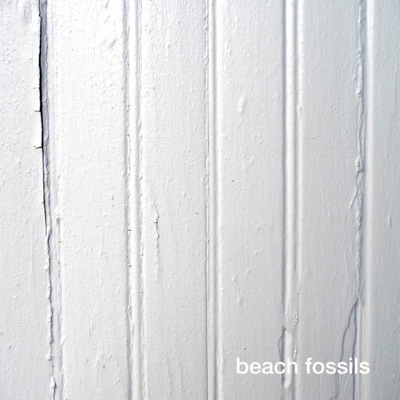 Do you know the difference between New Yorkers and Los Angelinos? People hate New Yorkers because they think they are better than everyone else; people hate Los Angelinos because they think everyone else is just like them. This vaguely true stereotype, when applied to the thriving music scenes of each metropolis, does shed some light to the dominant traits of each music culture. Los Angeles’ rock music scene (I am not forgetting rap, I am just ignoring it. People get shot over the differences between East Coast and West Coast rap!) is as fractured as the freeways are crowded, with very little sense of community because, well, the entire community lacks a sense of community. History can show the influential (Black Flag, Beck, Jane’s Addiction, Red Hot Chili Peppers), the forgettable (OC Ska, No Doubt, 80’s Hair Bands), and the embarrassing (The Doors, The Eagles, Linkin Park, Guns N Roses, and on and on…). Today, aside from the close-knit group you would catch at The Smell or Fuck Yeah Fest (No Age, Best Coast, Avi Buffalo), the local bands seem as real as an episode of The Hills. Silversun Pickups? The Airborne Toxic Event? We even offer bands like She & Him and Dead Man’s Bones with actors already in them, and though they are rare exceptions to the tradition of actors making bad music, it’s hard to put too much faith in someone who regularly gets paid to pretend they are someone else.

New York City, on the other hand, seems like a mecca for all of the troubled artistic souls, creative explosions waiting to happen in every overpriced studio apartment. They may think they are better than everyone, but you have to hand it to them, often they are better. The bands all work together like branches on a tree and people like David Sitek, James Murphy and the Dessner brothers seem to keep the gang together. With all of the talent New York has accumulated, it is almost unfair groups keep emerging that are noticeably a cut above most others. Beach Fossils, for example, is nearly off the radar of even the trendiest hipsters, but they have produced one of the year’s most rewarding and enjoyable albums with their self-titled debut, proving that while everyone is looking for originality as a metric for quality, sometimes, simply wearing your influences close to your sleeve and letting your heart come through your music is more than enough.

Aesthetically, it would be easy to imagine Beach Fossils on the Woodsist label. While there are obvious similarities to Woods and Real Estate, these similarities (jangly guitar, lo-fi recording, understated and unassuming arrangements) are not trademarks; they are part of the cannon. You will also think of R.E.M., The Velvet Underground, Yo La Tengo: the kind of music that never goes out of style, if done well. For many members of the Brooklyn music scene and most people who get into indie music in the first place, this sound is the reason why. It’s a crowd pleaser. And, Dustin Payseur, who is pretty much the band, gets these bands in more than a technical way. He understands the way “Perfect Day” makes you feel, how music can be transportable; a vehicle that works whether you are listening on a California beach or just wish you were. While this album seems like a soundtrack to a day in the park or a car ride with friends, it is also aware most of us are not at that park or in that car, but not in a mopey way, rather, in the way older people refer to nostalgia and younger people try to avoid it completely.

In case you needed a little help getting the vibe of each song, the track names provide a jumping off point to ensure your mood is correct for listening. They are words that will evoke a different image for each person, but where each person’s experience will be similar is that the music makes you idealize the associations. Listen to “Youth”, and you won’t think about an abusive parent or hard breakup, you will drift to a youth you may or may not have ever felt, the youth of The Smashing Pumpkins “1979” video, the kind of youth that would spark the line “I don’t know just what I feel, but I feel it all tonight.” This experience is consistent through every song, making the music much more than dream-pop, it is virtually wish-pop. “Vacation” will take you to the loneliest place, but it won’t matter because you are looking out the window, the world is moving, and you are part of the horizon. Hopefully something good lies at the end of the road.

It is rare that the poetry of music is the sum of a song’s parts and not just the words, but the universal specificity of the language combined with the pitch-perfect music accompaniment make this album a poetic art piece. But the most magical thing about this record is the ease in which it impacts. It doesn’t sound overly complex, and thus, its enjoyment isn’t difficult. Sure difficult listens can be the most enjoyable, but sounding effortless and brilliant at the same time had to be a challenge, as well. ”Lazy Day” celebrates this feeling, noting that “all we had to do was nothing at all”. Even though you can easily predict where a song like “Wide Awake” or “Daydream” will go, the adventure remains in how it will get there.

And as old as the record feels, lyrically and musically, the transitive nature of the music makes you feel young regardless. In fact, the only people who may not get it are the young ones, who have never felt the longing and fear that permeates around many of us, regardless of where we grew up or where we ended up. Beach Fossils is a bridge and a dividing line between the coasts, feeling like California, but through a perspective that someone in California could probably not write. Best Coast has an album coming out soon that I imagine will be this record’s antithesis, something written by someone returning to California from New York and embracing it, truly appreciating it for what it is. We’ll see about that, but Beach Fossils doesn’t need a counter point to make it a fantastic record, one that will make me miss home while I am here. Yikes, also one that will make me steal Isaac Brock.