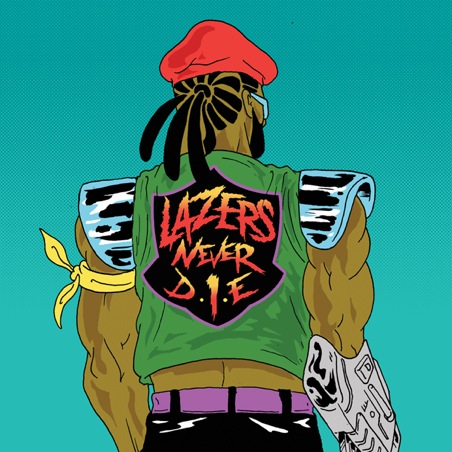 Our favorite zombie-slaying, party-timing, Jamaican commando cartoon character is back with a few more tricks up his fictional sleeve. Diplo and Switch‘s collaboration brainchild Major Lazer (who killed it at Coachella and continues to kill it on a regular basis), has announced that a few more goodies will be headed our way.

Come July 20th, we’ll receive a guest-heavy five-track EP entitled Lazers Never Die that will contain 4fourcompletely new songs, and a remix of Guns Don’t Kill People… Lazers Do track “Jump Up” by none other than Thom Yorke. M.I.A. will also make an appearance on the first track called “Sound of Sirens”.

If there’s anything we’ve learned from this eccentric DJ project besides the proper way to dry hump, it is that we can never predict their next move. What this EP means, only time will tell. Another album, an expanded tour, who knows? We will certainly keep you posted. See the complete track list (via The Music Slut) after the jump.