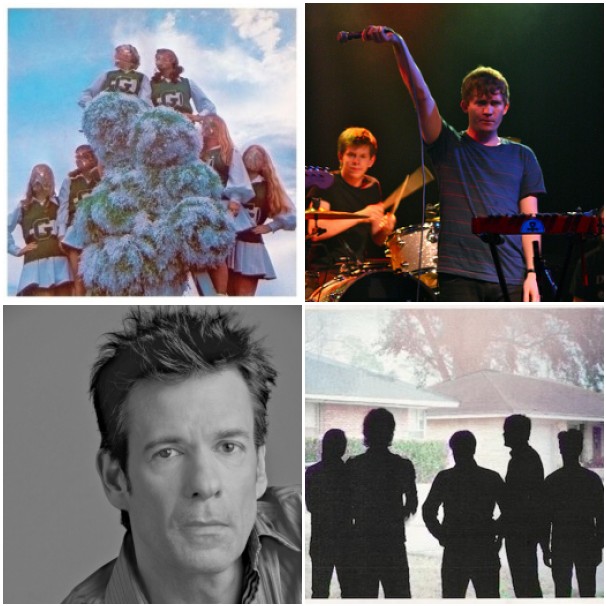 As you can probably tell, a ton of stuff gets posted here on CoS. In an effort to catch you up to speed, we’re introducing a new feature… or, should I say recap. -Alex

I don’t need to tell you that a lot can happen in a week. Well, that’s exactly what happened, more so in music and perhaps more so than at any point this month. There were intriguing new beginnings. Buzzed-about artists finally dropped proper studio LPs after months of hipster blogger speculation. Many groups teased their fans with information concerning impending single and album releases. Major summer music festivals announced important changes. There were also unfortunate ends. Some artists decided call it quits, whether by or against their own wills.

And this was all in one week. Think about that.

A summary of these past few crazy days follows.

— Austin City Limits revealed its line-up. Bonnaroo announced another round of lineup additions for its new dance-oriented stage, the Lunar Stage, along with a day-by-day schedule.

— The Creators Project will foster collaborations between musical and visual artists throughout the globe.

— LA-based metal group Isis’s upcoming tour will be its last.

— Arcade Fire will release a single from its upcoming album on June 1st. Here’s a sneak peak.

— Bono hurt his back. Now U2’s upcoming summer tour is in question.

— Paul Westerberg came out of hiding.

— On a sad note, Ronnie James Dio passed away earlier this week. He was 67 years old.

— Sleigh Bells’ crusty demos took the blogosphere by storm late last year. According to Winston Robbins, this duo’s got the goods. Check out their “clean” debut LP, Treats.

— a-ha made its first stop in Chicago since 1986 as part of their farewell tour. Gillian Rosheuvel was there.

— Chris Coplan sat down with Against Me! frontman Tom Gabel to discuss life since his group’s mainstream breakthrough three years ago.