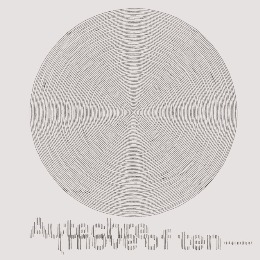 Oversteps has been out for merely two months, and the UK electro group Autechre is already looking ahead. As reported by Prefix, there is a new ten-track release set to arrive not even half a year later — on July 12th.

The new album is called Move of Ten, and it comes to us in multiple forms via Bleep, just as Oversteps did. You can pre-order it now, in the form of either a Digipak CD, two 12″ vinyls, or a high quality download.

Ready for even more immediacy? The second track off the album, called “y7”, is already streaming at Autechre’s Web site. Check it out; some of the artwork is also on the site.

Tour dates are as follows: