Karen Elson – The Ghost Who Walks 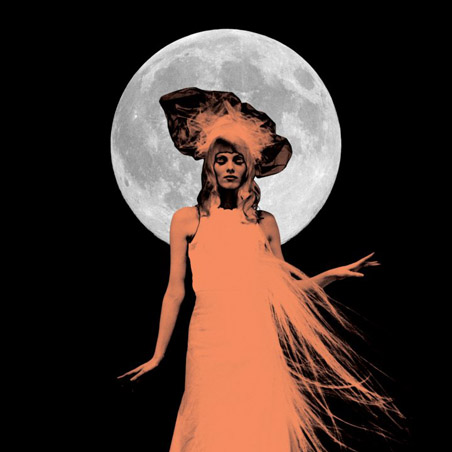 Although currently most well-known for her renowned career as a supermodel, Karen Elson has a history in music. Elson’s foray into the music world began as a teenager in Manchester, where she sang in a salsa band. Years later, Elson became a founding member of the New York cabaret troupe The Citizens Band, contributed backing vocals to Robert Plant, and performed a duet with Cat Power on the 2006 Serge Gainsbourg tribute album Monsieur Gainsbourg Revisited. Already an established musician, The Ghost Who Walks is the former supermodel’s formal debut as a singer-songwriter.

Unfortunately, any discussion of The Ghost Who Walks will inevitably drift towards Jack White. This phenomenon is not merely due to the fact that White is her husband, something that should be a superfluous piece of trivia, or even that she appeared in the video for “Blue Orchid” by The White Stripes. In the case of The Ghost Who Walks, the touch of Jack White is apparent.  Released on his Third Man Records label, The Ghost… features both White as a drummer and his trademark stripped-down productions of live takes. However, the specter of Jack White never overwhelms The Ghost Who Walks, and it’s the songs and the voice behind them that shine brightest.

With the exception of “Lunasa” by fellow member of The Citizens Band Rachelle Garniez, all songs on The Ghost Who Walks are written by Karen Elson. Sharing its title with both the album and the childhood nickname that inspired it, “The Ghost Who Walks” is an eerie tale of a man murdering his lover made more haunting by Elson’s croon. While The Ghost Who Walks is primarily a combination of country, folk, and bluegrass, it is at its most delightful on the baroque pop number “100 Years from Now”.  Like “100 Years” before it, album closer “Mouths to Feed” so vividly evokes the imagery and feelings of loss and helplessness of the Dust Bowl that it could have been written during the Depression.

Elson’s voice has matured into something more alluring since her previous efforts and complements her songs of Americana. Despite being born in Oldham, England, Elson’s vocals sound essentially American: charming but haunting, and with a touch of country twang. Perhaps it is the perspective of a relative outsider having lived in Nashville for the past five years that makes The Ghost Who Walks all the more intriguing.