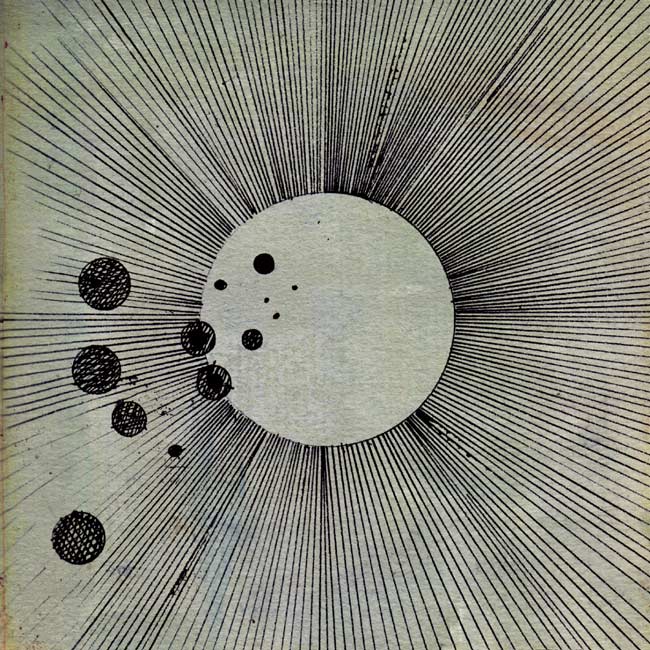 Let’s all be honest, the thing we’re most excited for on Flying Lotus‘ Cosmogramma is the track featuring guest vocals by Mr. Thom Yorke. And I truly think that FlyLo was aware of this going into production. The Yorke track acts as centerpiece to a strange arrangement of 45 minutes of hypnotic instrumental beats. The Yorke track doesn’t hit until seven tracks in, but once it hits, it hits hard. All the Radiohead zealots looking for their fix will be flying higher than kites once they hear this track.

But don’t take off after just this one song. You should stick around and see the vivid pictures Flying Lotus skillfully paints for you as you make your way through the mysterious maze that is Cosmogramma. Dream-beat master Steven Ellison, aka Flying Lotus, throws us once again into a deep, spiraling crevasse of psychotropic music that is hard to refuse. The first six tracks are all short snippets of funky beats that one might consider an intro to the main event, Yorke’s track. It’s a bizarre collection of beats that remind you what FlyLo’s all about, pumping you for the things to come. “Zodiac Shit” and “Computer Face/Pure Being”, the last two tracks before Yorke goes down, are particularly intriguing and begin a trend in listen-ability that will be prevalent for the remainder of the album.

As aforementioned, the Yorke track impresses (Is the man capable of anything less than incredible?), but after his track we’re left with 10 more to explore. My recommendation? Keep listening. This is FlyLo’s most innovative and eclectic album to date, and is something to be considered. He pushes the limits in many ways, which he is known to do, and this makes for a very interesting experience. His experimentation sometimes proves to be painfully abrasive, like on the grinding track “Clock Catcher” and the squeaky, obnoxious “Satelllliiiiiteee”, but for the most part he creates a deliberately pensive landscape that is fraught with sonic gems.

Flying Lotus tracks are tough to describe, ranging from ambient, to hip-hop, to full on jazz fusion, and as such he is hard to classify in one genre. Flying Lotus is a jack of all trades, when it comes to making beats, and he really flaunts his abilities on this album. Single tracks are almost impossible to differentiate or recall on Flying Lotus albums, but there are some definite standouts other than the main “Yorke” course. Beat box heavy “Do The Astral Plan”, twangy electronic ditty “Dance of the Pseudo-Nymph”, and the ping pong ball sound effect-using “Table Tennis” are all extremely heavy hitters that will have no problem making it into your regular rotation. You’ll just have to stick around.