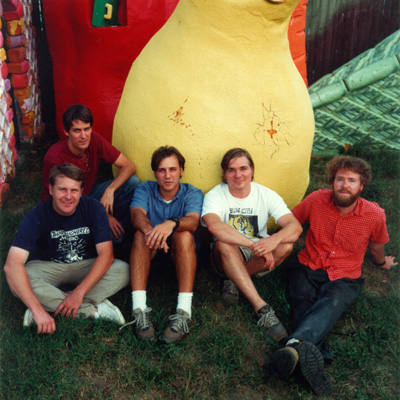 The lineup for Central Park’s annual SummerStage series is beginning to reveal itself, and if Pavement’s four sold-out September shows don’t make the 25th anniversary special enough, there is plenty more going on at New York City’s Rumsey Playfield in the coming months.

Bumpershine.com has discovered various confirmed and unconfirmed acts playing this summer, and beyond what we already knew, there are some gems. While not part of the SummerStage series, some noteworthy Rumsey Playfield shows coming up include the CareFusion Jazz Festival, a Meshell Ndegeocello performance at the New York LGBT Pride Rally, and Coheed and Cambria with support by Circa Survive and Torche.

There will be more — according to Bumpershine.com there are typically over 30 official SummerStage shows and we’re not quite there yet. Of course, everything is still unofficial unless it’s on here.

Gov’t Mule’s presale has sold out, and tickets will go on sale May 7th. Presale for the Cake show is currently underway. You can find tickets to individual shows here.