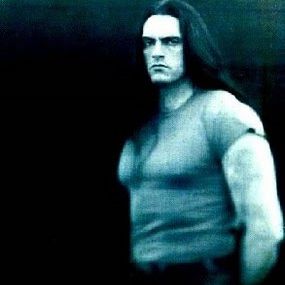 Peter Steele, the vocalist and bassist of Brooklyn heavy metal outfit Type O Negative, passed away yesterday (Apr. 14) at the age of 48, reports Blabbermouth.com. Fellow Type O Negative bandmate Kenny Hickey confirmed the initial rumors of his passing earlier this morning. The cause of death is not yet known.

Born in Brooklyn, Steele had fronted Type O Negative since its inception in 1990 and would go on to release seven studio albums with the band. His resume also included membership in metal group Fallout and the thrash band Carnivore. Steele was perhaps best known, however, for his tall statute — he stood at 6′ 7″ — and low, bass-heavy voice.

It is with great sadness that we inform you that Type O Negative front man, bassist, and our band mate, Peter Steele passed away last night of what appears to be heart failure.

Ironically Peter had been enjoying a long period of sobriety and improved health and was imminently due to begin writing and recording new music for our follow up to “Dead Again” released in 2007.

The official cause of death has yet to be determined pending autopsy results. The funeral services will be private and memorial services will be announced at a future date. We’d like to share our thoughts and those of Peter’s family below. [Click here]

We are truly saddened to lose our friend and appreciate the tremendous outpouring today from around the world.