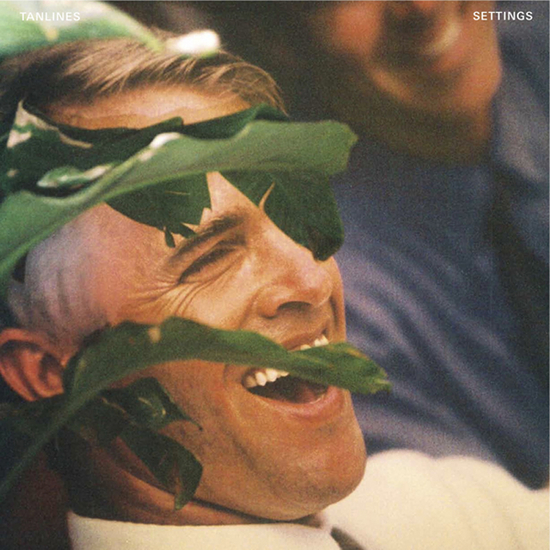 Tanlines, a new project from two very creative minds, has brought about a strange period in music history. The two guys in question have a strong musical resume; Jesse Cohen comes from Professor Murder, and Eric Emm moved on from the highly respected prog-rock band, Don Caballero. After finally sitting down to listen to the strange new jungle fusion though, it becomes clear and very disappointing to know that after playing bass in the funky math rock band, Emm would move on to make music that feels as if it should be in the background of a Royal Caribbean Cruise commercial. Settings, the debut EP from Tanlines, is a short six-song EP that combines island percussion with a modern electronic feel.

“Reinfo” begins the album with a slow jungle beat that seems to really set the tone for the rest of the songs to come — in that it all sounds exactly the same.

Songs such as “Real Life” and “Policy of Trust” continue the same jungle drum and bass but throw in pop vocals that pull from an exotic tribal chant. These tracks mark numbers two and four on the EP but never should have been split up at all. The songs are carbon copies, a major problem that deflates this entire debut. That’s not to say there isn’t something with merit. The best song out of the six, “Z” incorporates a relaxed tropical beat accompanied by beautiful, euphoric vocals from guest artist, Glasser. The combination produces an ethereal, sonic dreamscape.  “Z” is a short song but helps to close the disappointing album on a high note.

The main idea behind the sound here is solid and well realized; however, I just can’t really imagine a purpose for any of it. Musically, it consists of the same beats, noises, and vocals looping over and over again. Variety doesn’t play a huge role in the music, and that’s why the album will never be truly worthwhile.

On second thought, there may be two different purposes for music like this. One activity consists of getting down, dirty, and sweaty on a dance floor at a pop-fueled rave, and the second consists of becoming a catchy theme song for a well-known cruise line company. It’s just all a bit pointless, like watching a Sandals commercial during hurricane season or revisiting Tom Cruise’s Cocktail. Yeah.