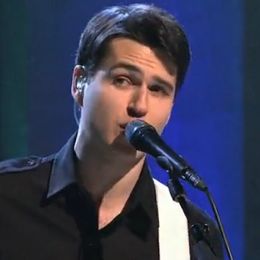 It’s gotten to the point where you can almost predict the outcome of a Vampire Weekend live television performance: The performed song will sound almost crisp and clear as it does from the record. Of course, in a non-Ashlee Simpson sort of way.

So, it was not surprising that this was exactly what happened when Hoobastank Vampire Weekend returned to Saturday Night Live last night. Returning to the late night program almost two years after it helped serve as a serious launching point for the New York outfit’s eventual success, Ezra Koenig and co. would go on to deliver two masterful performances from the band’s recently released Contra. Song #1, “Cousins”, was flawless and frantic, while song #2, “Giving Up The Gun”, saw the band round up a string orchestra and backup singers for a near exact replication of the album’s version.

It’s of course impossible to say what this Saturday Night Live performance will do for Vampire Weekend. Festival headliners? Music videos with Jake Gyllenhaal? A Billbaord #1? Oh wait. Yeah, this is getting scary.