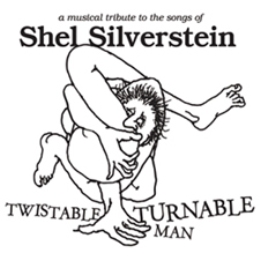 He may be remembered for his children’s books nowadays more than for his songwriting, but a group of at least 15 of today’s musical artists has come together to ensure that we acknowledge Shel Silverstein‘s notable songwriting résumé. As reported by TwentyFourBit, a tribute album called Twistable, Turnable Man: A Musical Tribute to the Songs of Shel Silverstein will hit shelves June 8th via Sugar Hill Records.

Contributing Silverstein covers for the collection are My Morning Jacket (which opens and closes the album), Andrew Bird, Dr. Dog, Kris Kristofferson, John Prine, and Lucinda Williams. As if that wasn’t cool enough already, also included is a version of “The Cover of the Rolling Stone” by Pixies members Black Francis and Joey Santiago, as well as a track by The Boxmasters, Billy Bob Thornton’s band.

Let’s double back for a second here — this tribute album has inspired what is basically a new Pixies recording. Can we just reflect on this fact?

Bobby Bare and Bobby Bare Jr., who have both scored hits with songs written by Silverstein, have produced the tribute. Preview the album here and see the full track list below.