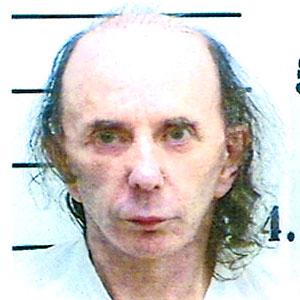 Phil Spector‘s addition the the musical landscape is undeniable. He perfected and mastered the Wall of Sound and helped make the career of Ike & Tina Turner, produced The Beatles’ Let It Be, and just about single-handedly forged the ’60s girl group sound. But even a prison sentence of 19 years to life for the 2003 murder of Lana Clarkson hasn’t kept him from making music with wife Rachelle.

According to the NY Daily News (via Prefix Magazine), Spector produced his wife’s album before heading to prison early last year. While there’s no word of a label who has picked up the album, Rachelle Spector did say she sang lead vocals and the album would be out June 8th.

In other, less delusional news, Spector apparently was in a prison yard scuffle in December 2009 and had to see a doctor to get a few teeth replaced. Turns out the man who made magic for The Ronettes has a hard time keeping quiet.

“Phil has quite a mouth on him,” said longtime friend Steven Escobar. “Not everyone understands his humor. He said the wrong thing to the wrong inmate in the yard.”

Good thing he and his attorneys recently filed a 148-page brief last week that attempts to get his conviction, which sees him ineligible for parole until his 88th birthday, overturned.

More Spector news and an album update as they become available.