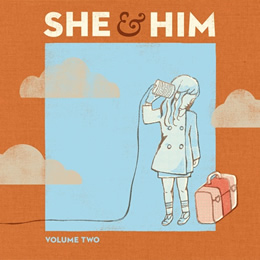 “Hard not to like” is a phrase that gets thrown around too much, ignoring that hatred and close-mindedness seem more natural to the human condition than their counterparts. I have always found it easy to not like things. Zooey Deschanel is easy not to like. Have you seen her cotton commercial? She goes about her day-to-day activities of vintage clothes shopping and vinyl sifting, making the already cliched hipster existence seem that much more stale. Hipsters do other things besides hipster activities. They watch football on Sunday. They go to family dinners and the laundromats and work boring jobs and probably drink PBR because they are poor. Many would rather have Bud Light, but the cash they save pays for bus fare. Hipsters are not movie stars. If a hipster was Zooey Deschanel, they would shop at designer stores and have their personal assistant do their record shopping so as not distract from making snow angels in a pile of cocaine the size of a swimming pool. I exaggerate, but Zooey Deschanel co-opting an existence that is born out of necessity is insulting and missing the point. That being said, she is adorable and I have a huge crush on her.

M. Ward is also easy not to like. Despite the fact that Post War would rate high on my top albums list of the last decade, Hold Time and his work with Monsters of Folk were not only poor, they were the kind of albums that demanded to never be listened to again. And even with a resume that is stacked with cred-building collaborations and appearances, it seems he is one fat paycheck away from being Jason Mraz.

So the collaboration between the two, titled awfully as She &  Him, seems like it should be quite easy to hate. But it’s not. It’s light, pleasant, well-produced and endearing. As much as the bitter, Bukowski-reading man in me wants to give the both of them jabs in the nose, I cannot deny Deschanel has a lovely voice and crafts memorable melodies. And, their new offering, Volume Two, actually improves on their previous album, bucking the tradition of sophomore slumps and building on their previous road-map with stronger songwriting and a more consistent sound.

Most writers compare the sound of She and Him to “70s AM radio” and I admit I don’t really understand this reference point. I was not alive in the 70’s and to me AM radio means Lakers, Angels, and a lot of Spanish programming to me. The New Pornographers get tagged with this reference point, and I find it hard to find the similarities between She and Him and The New Pornographers. The reference point I hear in the music is more 50’s and 60’s Doo-wop and girl groups (I’m thinking Back to the Future times), a genre so hipstarian (new word?) in nature that I’m surprised more bands don’t exploit this sound. Any city dweller worth his weight knows where a good Motown party is held, but the only groups smart enough to reinvent this sound are led by Hollywood celebs: Deschanel and Ryan Gosling. It could be worse though, at least celebrities are actually making rad music, something that hasn’t occurred since Eddie Murphy offered his beloved party anthem.

Of course, this sound is delivered through the folk filter made famous by the Ward/Jenny Lewis/Conor Oberst crew (or Mike Mogis, really). This is particularly effecting on album closer “If You Can’t Sleep”, a song that would be perfectly at place on Lewis’ Rabbit Fur Coat and acts as comforting and romantic as that album’s title object. Like She & Him’s first album Volume One (with this band name and these album titles, one could question if they are giving the details the attention they deserve), Volume Two’s first single is the least indicative song of the album as a whole in the collection. “In The Sun”, though containing a distinctly different production quality (perhaps because of the Tilly and The Wall contribution), does at least captures the way makes the listener feel, the intent. It’s good-time music, the songs you would want to hear if you were in a convertible; songs to soundtrack a picnic with a lover; songs to make you nostalgic for something you’ve only seen in movies, but never experienced. They are songs rooted in a simpler time. This quality, especially noticeable on the breezy “Me and You”, elevates the collection past bubblegum pop, because though the tracks tend not to be emotionally involving, the aesthetic  is captivating and it’s effect lingers beyond the act of listening. Volume Two has a strange power to brighten a whole day by opening up memories you don’t know you have. Heavy shit for music as light as can be.

Not all the songs are successful, unfortunately. The group choose a poor opener, the very average “Thieves”. The song itself is fine, but Deschanel’s voice struggles. She sounds effortless on the rest of the collection, but “Thieves” finds her straining to sound unique. It’s like if someone who wasn’t Joanna Newsom tried to sing like Joanna Newsom. The result sounds inauthentic, and at times distractingly annoying. She & Him also falter on their cover of Skeeter Davis’ “Gonna Get Along Without You Now”, if only because they finally cross the line of too cutesy that they constantly flirt with. If anything, I am shocked how tasteful the record is as a whole. Everything about the project screams sweet like a Halloween candy binge, and this was one of the faults with Volume One. But, Volume Two is tasteful where you wouldn’t expect, like (to extend a weak comparison) chocolate covered raisins. That being said, Volume One’s “Sentimental Heart” remains the band’s highpoint and nothing on the new collection touches that near-perfect song.

Whereas I enjoyed Volume One, I couldn’t care less whether or not I ever heard it again. Volume Two is, dare I say, actually important. Important in the sense that maybe vintage clothing and vinyl records and the whole of the touch and feel of cotton are more than just things people do to seem cool or interesting, activities or sentiments repeated without reason. The past lingers or is recyled because something about it was good. This album reinforces that fact and even though you may be able to listen to similar tunes on your local golden oldies station, there is a need to update and revisit these classic sounds from time to time. She & Him handle this duty like pros and despite all of my many reservations, it’s kind of hard not to like it.