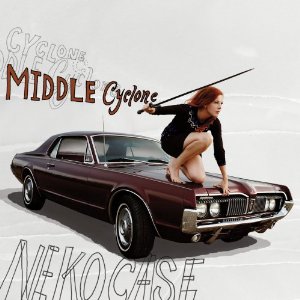 Perhaps the highest compliment an artist can receive is admiration from his or her contemporaries. If you sat through any of the boring awards shows over the last couple of months, you saw actors and musicians ecstatic to be recognized by their fellow artists. Sure, the millions of dollars in their bank accounts and screaming fans helped, but peer recognition has its own charms.

If you read enough interviews with musicians or look at their year-end guest lists for magazines, certain singers and songwriters pop up again and again. In addition to recognizable names such as Radiohead, Lucinda Williams, Tom Waits, and Sigur Rós, Neko Case is a mainstay on many lists and gets name checked whenever someone asks, “And whom do you listen to in your free time?” Although she made a more-than respectable reputation with The New Pornographers, her solo career placed her in an entirely different stratosphere. 2006’s Fox Confessor Brings the Flood was one of the year’s most lauded albums and solidified Case as a true songwriter’s songwriter. Of course, releasing what was widely considered her magnum opus left her with large alt-country boots to fill.

Middle Cyclone, her newest release, is neither a retread of Fox Confessor…, nor is it a radical departure. It’s another installment of slow brewing, deceptively simple songs. If you listen to the album a few times and think you know what your favorites are, you’ll surprise yourself in a few months when you’ve discovered entirely different gems. Compared to its predecessors, Middle Cyclone is more accessible with catchier melodies and crisper production. The lead single, “People Got a Lotta Nerve”, taps into Case’s uncanny ability to convey vulnerability and confidence in the same breath. When she sings, “I’m a maneater, but still you’re surprised when I eat you”, she sounds just as surprised by this revelation as her lovers are.

Like Lucinda Williams and Ryan Adams (in his finer moments), Case pares down her narratives into vignettes that reveal more about her and her characters than she lets on. In “Prison Girls”, Case repeats, “I love your long shadows and your gunpowder eyes”, which seems unassuming enough — if not too basic. That the song evokes a smoky dive with its lazy syllables and quiet drums is no accident, and together these qualities enhance her image of languid danger juxtaposed with sensuality.

Like her other albums, most tracks run three minutes or less –she arrives, tells her stories, and leaves. You’re still unraveling the characters Case just sketched when she’s already well into her next song. The three and a half minutes of “This Tornado Loves You” barely contain the metaphors and images she weaves for the listener. And “Red Tide”, the last non-instrumental track of the album, closes with the force of Aimee Mann’s rockiest numbers so that you’re just getting amped up for more music, not the end. Even with guest spots by venerable contemporaries M. Ward (who isn’t he singing with these days?) and Sarah Harmer and two covers, Case keeps the album focused and succinct. Mostly.

For 14 tracks, she is calm and precise in telling her stories, and the result is an efficient album. For that very reason, the closing track, “Marais La Nuit”, feels shockingly out of place. For 31 minutes you hear environmental white noise. Imagine a microphone left at a camp site overnight and then take a random half-hour slice of that recording and attach it to a stellar album. That’s what “Marais La Nuit” is. As a component for a collection of songs that explore nature (notably the calm center of a tornado) as a running motif, the track makes sense. As a listener, it comes off as unexpectedly pretentious. A brief interlude – or several – of the nature sounds would augment the album. In this way, it’s a bizarre afterthought. Luckily it’s its own track that can be left off your playlist.

Tumbled closer aside, Middle Cyclone continues Case’s streak as a master songwriter and as one of alt-country’s premier artists. From the individual song arrangements to the album sequencing, Middle Cyclone could end up being one of the most well crafted albums we hear this year.